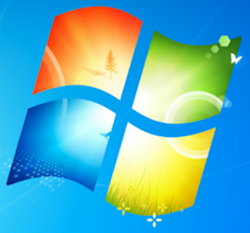 Have you run into the black screen of death in Windows 7 yet? I haven’t, but that’s probably because I only use Windows as a conduit to playing Team Fortress 2 and spend only as much time as I can in there. I also haven’t applied any security updates to it, and that may be the culprit.

So Microsoft has admitted that is’s looking into this mess. This mess, yes, is the black screen of death.

The glitch, as described by the BBC, “means that users of Windows 7 see a totally black screen after logging on to the system.” I cannot think of a more aggravating glitch.

The glitch doesn’t just affect Windows 7, either, with reports out there of it also affecting Vista and XP.

A security firm, Prevx, says it has the glitch can be triggered by as many as 10 things. Most fingers are pointing to the November 10 security update.

So it’s been a while.