One of the long-standing problems with Flash games is that they often have a very short shelf life: you may play for a few minutes when you’re bored, but there’s nothing to really keep you coming back for more. Today Heyzap, the startup that offers a platform for monetizing and distributing Flash games, is looking to help developers with that problem by bringing the achievements system popularized by Xbox Live (and subsequently Playstation Network) to Flash games. The company is also allowing developers to integrate a virtual currency into their games that is based on a player’s achievements.

For those that haven’t played Xbox Live before, achievements are essentially arbitrary tasks created by the game developer (for example, beating the first level or creating a new character). Using Heyzap, developers can create these achievements and reward players with points that can be put towards buying in-game items.

Heyzap has offered support for virtual currencies before this, but up until now these have been based on real money — to earn points, you either had to buy them with your credit card or complete offers. Today’s launch introduces a second set of currency that lets developers reward players for playing their games a lot. In effect, it presents gamers with two routes to success: they can either play through the game the old fashioned way to unlock things at a fairly slow pace, or they can pay money to jump ahead. It’s the same mechanic that has made games like Farmville so successful. 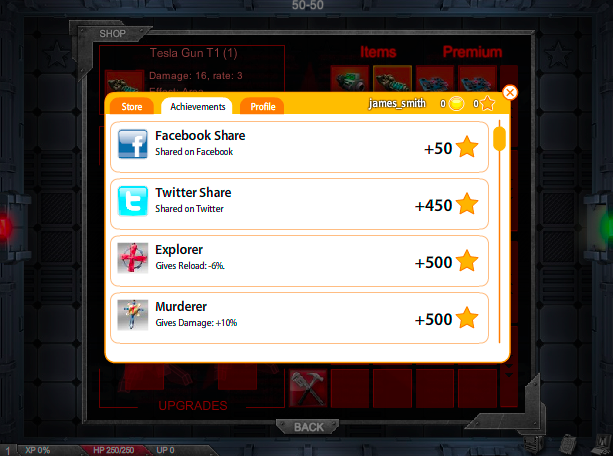 If you want to see what the new Points and Achievements systems look like in action, you can see them in the game embedded below: 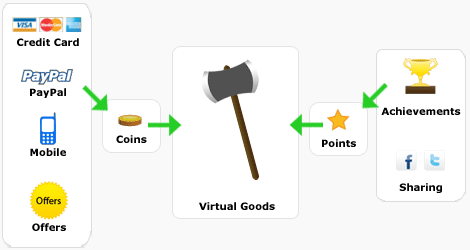