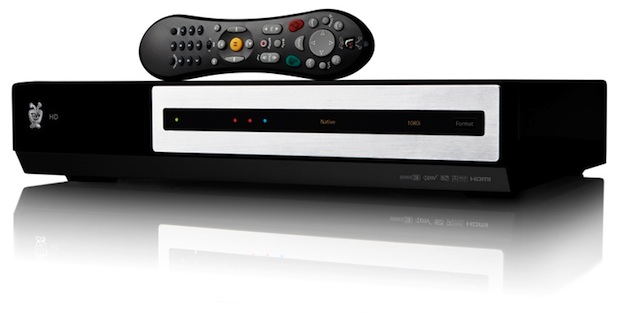 I’m pretty sure I wrote the complete opposite story several days ago, but who cares, right? It’s cold and rainy and there’s not much else to talk about. So! As you’re probably well aware, Jay Leno’s new show isn’t doing too well. Why is that? Well, you can try to sit down and analyze if the show is any good or not (note: I haven’t seen the show), or if the show’s earlier time slot isn’t conducive to that type of show. You know, just try to examine what’s going on. That, or you can blame those damn DVRs for ruining everything. Let’s go with that one.

DVRs are now in one-third of Americans households. In the past year, according to Nielsen data, NBC has lost an average rating of 1.8. Simultaneously, DVRs use is up by a ratings point of 1.4.

Coincidence? Maybe, but that’s not how the powers that be are reacting.

Network executives are complaining that, yes, people can skip commercials when viewing shows via DVR. At the same time, they admit that they’d rather have DVR viewers than no viewers at all. That sounds like having their cake, and eating it, too.

Leno’s new show is an interesting one to study. It’s the first really big show to have launched in the DVR era, one that NBC put an awful lot of money behind. (Or don’t you remember all the ads for Leno when the show first debuted?) NBC wanted to make it a nightly show, as opposed to weekly like Saturday Night Live (which would have made it a lot easier to come up with material), so that it would be “DVR-proof.” Like, you can’t DVR the show because he’s talking about today’s news… today.

Only that didn’t happen at all.

If people know that a show is all about topical humor, why would they go back and watch Monday’s show on Thursday night (when they have two hours free)? Let’s assume that tonight Leno runs Tiger Woods jokes, but that on Wednesday, I don’t know, Rush Limbaugh slips on a banana peel while at a political rally. So, do you want to hear Tiger woods jokes or Rush Limbaugh banana peel jokes?

You know what I mean. Because the show is so tied to the day’s events, unless you watch it on the day of release it won’t be worth your while.

So, not DVR-proof but rather DVR cryptonite.

It’s one thing to watched a recorded sitcom a few days later, but a recorded, topical, variety show? That’s a hard sell.

This is before you even factor in that today’s 18-49 year-olds aren’t necessarily going to either A) sit down and watch some TV show live or B) a few days later on DVR delay. We live in an age of streaming Netflix movies, Spotify, iTunes, Xbox Live, PSN, Steam, Twitter, nook and Kindles, etc.

Believe it or not, people can entertain themselves these days without having to sit back and watch TV.

And here’s another idea: maybe Leno’s show just isn’t any good? Again, I haven’t seen it, but I can’t imagine it’s easy coming up with material five days a week, so maybe the product suffers? I never found Leno funny during his run on The Tonight Show, but I know he’s a funny guy. You have to play to your audience. He can’t exactly get away with comedy club-level content on NBC, now can he?

In conclusion, I’m not sure that DVRs, per se, have killed Leno’s show. That’s a gross oversimplification of what’s probably going on: people’s media consumption habits are changing, and NBC relied on people staying in tune with the old model.

But what do I know, I’m over here trying to figure out if I should go AMD or Intel with a gaming PC I’m very close to building.