KIDO’Z, the Israeli company behind the eponymous media browser for kids, has released a new version of its program and insists that we now refer to it as a Web OS for kids instead.

It’s certainly not an invalid point, since the new KIDO’Z incorporates communication features besides content consumption elements only, and the company is making strides in signing up computer manufacturers to have the platform pre-installed on machines.

KIDO’Z (an Adobe AIR desktop application) has put a social layer on top of the content part, enabling kids to communicate with each other as well as their parents aside from browsing pre-approved websites and playing videos or games online. Clearly, this is an oft-requested feature, as we’ve noticed when KIDO’Z competitor KidZui recently implemented a bunch of sharing and communication options as well.

Parents can now approve ‘friends’ for their kids to socialize with, which can be other children, the parents themselves, grand parents, and so on. A newly integrated Mail application enables kids to send and receive e-mails, e-cards, drawings, animated backgrounds, stickers etc., allowing the children to express themselves creatively even if they haven’t yet mastered reading or writing skills.

Also new is the addition of Places, which are essentially virtual rooms where kids can socialize with others in a cartoonesque setting. Kids can create an avatar and visit and create their own rooms, and communicate with other kids or exchange virtual gifts in a safe, child-friendly environment.

The Israeli company behind the application has now also added a premium version dubbed KIDO’Z PLUS, enabling parents to unlock more features (statistics, advanced security settings, etc.) for a monthly fee that ranges from $4.18 to $7.5 depending on how long you’d like to subscribe.

The company informs us that KIDO’Z already comes pre-installed on over half a million MSI computers, and that it expects to be on 6 million computers next year. Also worth noting: the startup has managed to attract former National Geographic Kids Entertainment President and Founder Donna Friedman Meir as its Chief of Content and Strategy.

Give KIDO’Z a whirl and let us know what you (and your kids) think. 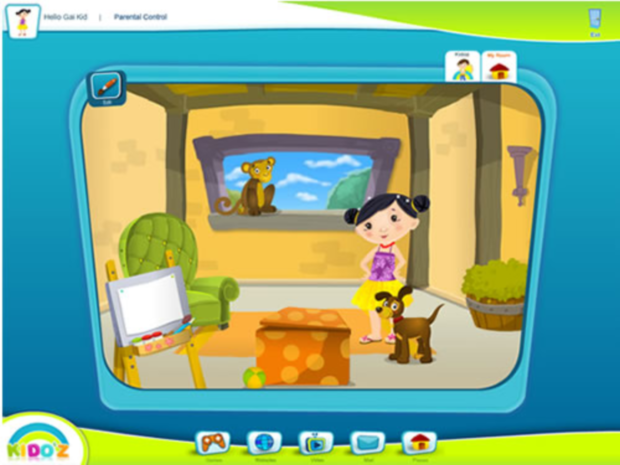 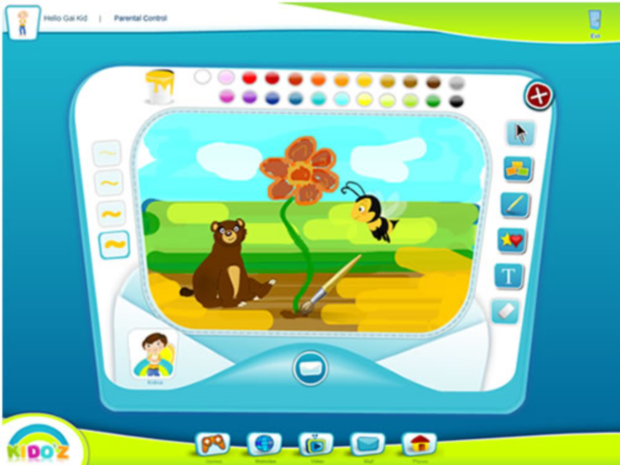