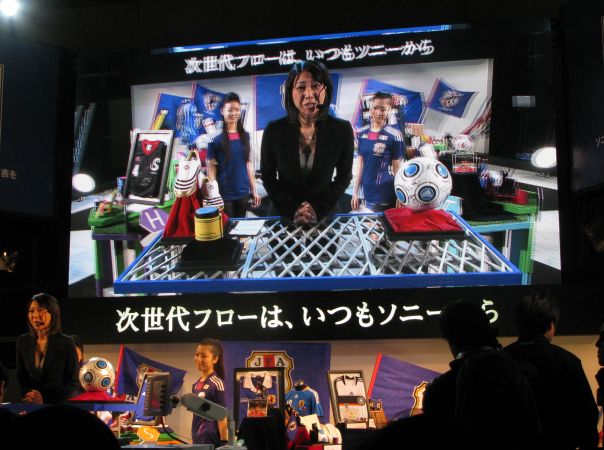 Sony just recently said they want to get serious with 3D displays this fiscal year, and they seem to stick to their plan. Following the professional 3D camera that shoots video at 240fps and a futuristic 3D stereoscopic display the company introduced last month, we now get to see a 3D display sized at no less than 280 inches.

The so-called “3D LED Wall” consists of 70 LED screens (28 inches each) and is sized at an impressive 6.4m in width and 3.4m in height. It lets users switch back and forth between 2D and 3D images. Unfortunately, you’ll still need to wear special glasses to be able to view the latter.