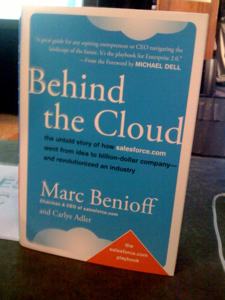 Today at the RealTime CrunchUp Salesforce CEO Marc Benioff took the stage to talk about the social enterprise with Erick Schonfeld and Steve Gillmor (he also introduced us to a new real-time Salesforce Chatter platform). Benioff has also signed a pair of copies of his book Behind The Cloud, which we’re going to be giving away to attendees of today’s conference.

To win one, just tweet out your favorite moment of the RealTime CrunchUp so far, and include the hashtags #CrunchUp and #Cloud in your tweet (#CrunchUp is the conference hashtag, and #Cloud will let us know who’s entering the contest).

We’ll announce the winners in this post later today, and you’ll be able to pick up your signed book at the front table. Obviously you’ll have to be present to win.

Here are the winners:
Christianhobbs 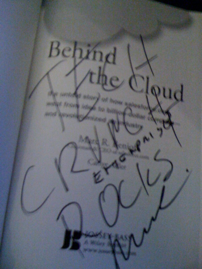