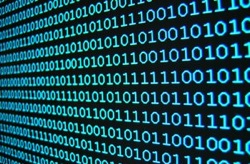 There really is something to be said about being the first to the dance. I’m pretty sure we can all agree that Steam was the first big digital distribution service for video games, and I also think we can all agree that it was something of a success. But how big a success? Stardock, which owns the Impulse distribution service (and published Sins of a Solar Empire), believes that Steam enjoys 70 percent market share of the digital distribution business.

It sounds impressive, and it is, but it’s important to recognize that digital distribution is still in its infancy. In other words, Valve has a 70 percent hold on a not-that-big-yet business.

Not that digital distribution isn’t the future. I rated the Sony PSP Go so highly partially because it represents a necessary step forward in the way in which we buy games. (I tell you what I’m not looking forward to today: walking into a GameStop, getting into a “conversation” with the guy there, when all I want is a copy of Assassin’s Creed II. I still haven’t forgiven Best Buy for violating my Civil Rights, so I’m not going giving the ol’ blue shirts any of my business. Unless there’s some indie video game store in Manhattan that I’m not aware of, it’s going to have to be GameStop. Shudder.) That Sony decided to nearly ruin it by only including an 802.11 chipset is another matter entirely.

Xbox Live has shown that you can distribute full, current-gen games to a console crowd, and PSN and Virtual Console prove that people are cool with the idea of buying and downloading older games to local storage. The days when video game = shiny disc are numbered.

I’m only now realizing there wasn’t really a point to these past few words, just reiterating, for the 100th time, that I’m fully prepared for an all-digital future.