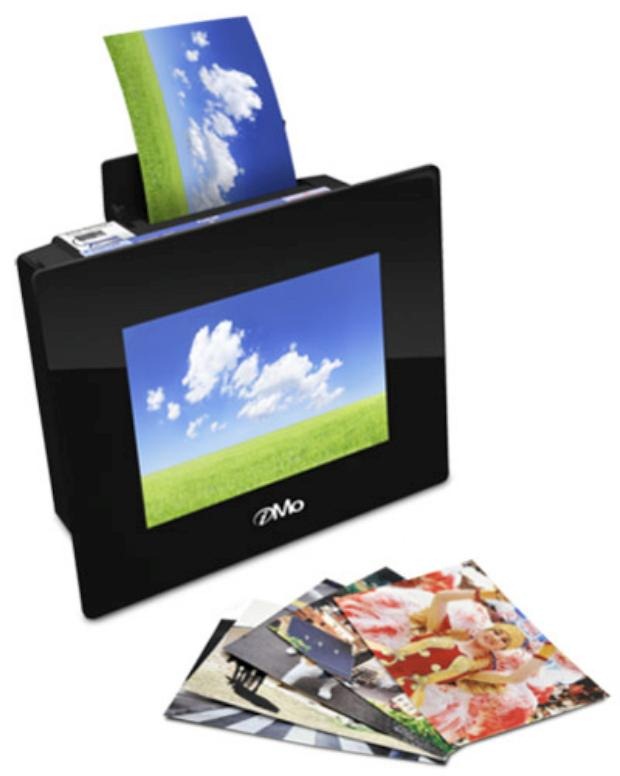 If you thought that the whole point of the common digital photo frame was to make old-school photos a thing of the past, it looks like you were wrong. I was wrong too, so let’s take comfort together in our wrongness. If the folks at iMo have their way, we’ll look at a digital photo on their digital frame and say to ourselves “I want that photo on some sort of card stock and I’ll stop at nothing to get it!”

So here we have the iMo Photo Frame Printer – an 8-inch 800×600 digital photo frame that prints out 4×6 photos pulled off of memory cards and USB sticks.

If you had one of these in your house and some guests came over for dinner, they’d probably spend some time looking at the photos on the frame while you’re cutting up vegetables. After you bring the vegetable platter into the living room and set it down on the coffee table, you could say, “Oh, wanna see something cool? It prints them out too.” And probably eight out of 10 people would go some form of ape-shit, then remark how far along technology has come.

You’ll eventually need to break the news to them that the frame costs $200 and the ink cartridges cost $20 apiece for 36 printouts, which means each printed photo costs almost two dollars. But tell them that as they’re going out the door. Don’t tell them that before dinner. They’d spend the entire night wondering how much you get paid because, man, that’s an expensive printing frame.