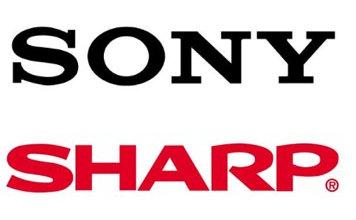 Globally speaking, there is one clear leader in the LCD TV business: Samsung. The company commands a 23.2% share in this segment, with Sony (13.7%) and Sharp (7%) almost hopelessly behind (according to DisplaySearch). So in June this year already, Sony and Sharp inked a joint venture deal to produce LCD TVs together. And today, the Nikkei (Japan’s biggest business publication), reports that the two former arch rivals decided to further expand their alliance.

The newspaper says Sharp plans to deliver LED backlights to Sony for their LCD TVs as early as next month. Sharp has said it will start producing more LED-based products earlier this year, but the Sony deal is the first time another company is supplied with LED backlights. Backlights account for nearly 20% of overall costs in manufacturing an LCD TV. DisplaySearch projects that by 2013, roughly 40% of all LCD TVs on the market will have LED backlights.

Sharp and Sony will also join forces in R&D for next-generation backlights, the Nikkei learned. The goals are to cut costs and develop TVs with better picture quality and efficient power consumption. Both companies already started operating a Sharp LCD panel production plant in Osaka last month and suffer from losses in their LCD TV divisions.