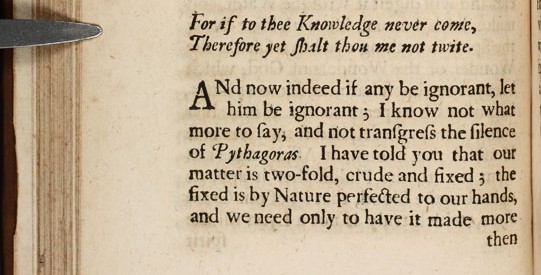 The New Oxford American Dictionary has announced that 2009’s Word of the Year is unfriend. While it is perhaps not used as broadly as the newly-verbed friend, the latter is already in the dictionary, so they can’t very well call it new. The best they can do is run with unfriend, which implies and extends the other. A worthy choice, I think, with “currency and potential longevity,” as Oxford’s Senior Lexicographer puts it. It set me thinking, though: how prescient have Word of the Year choices been? Have they infallibly documented the rise of tech in mainstream language and culture? —or are they a dusty collection of buzzwords, a history of folly and haste? And really, which of those is the truer depiction of the world of technology?

I examined Oxford’s Word of the Year lists going back as far as their blog documents them, and consulted a few other word-tracking sources. Unsurprisingly, the popularity and continued pertinence of new words have been as unpredictable as the technologies they describe. Still, the world from a dictionary’s perspective makes for a unique retrospective.

Take hypermiling, for instance. 2008’s word, relevant and rich at the time, seems positively archaic now; as electrics and more efficient hybrids populate our roads more and more, the idea of hypermiling seems to be no longer a cool technique employed by savvy drivers, but a weird fuel-based cult obsessed with aging technology. It brings to mind a sentimental geek zealously maintaining a Windows 3.1 box. Websters’s 2008 word, more farsighted to be sure, was oversharing, certainly a symptom of the personal-broadcasting era that we’ve all observed. Hypermiling was chosen for its immediacy, which does not correlate well with longevity.

Yet podcasting, chosen in 2005, is going stronger than ever. A blog or website these days is incomplete without a podcast, though some question the practicality of adding yet another modality to the increasingly multi-tiered stream of information assaulting every webgoer. Still, no one would dispute that it is a meaningful and useful term, and one not likely to be replaced any time soon. Runners-up that year included rootkit, a surprisingly technical entry that has stayed with us, and lifehack, which, while an interesting blog, is a pretentious failure as a word.

2007 was a bit of a misfire for Oxford; although it was a big year for Apple and Facebook, their tech nominations were red herrings like bacn, an abortive attempt to brand “desired spam,” and cloudware, which at the time was (if you’ll forgive the expression) too hazy a concept to really get much traction among casual users. Locavore hasn’t gained much ground in the popularity contest, probably because people who use it tend to be selling it. It’s still a good app, though. Unfriend would have been a real win here, since the new politics of online relationships were being written by users at large. Cloud has remained but I think perhaps the term which may best have represented 2007 was iTouch. This common misnomer evokes both the rapid expansion of personal media devices and widespread mystification at their terminology and function. Unfortunately, those who use the word are by nature incapable of propagating it as a meme.

The ’97-’98-’99 series of WAP, to Google, and blogger have an almost causal connection, as if each must have necessarily followed the other. While WAP was never a term laypeople used, and Wi-Fi would have been a better choice, its import was clear. Increasingly secure, convenient, and popular, the internet began getting personal in 1997, and that wave gathered energy with Googling over the next year, finally crashing on the shores of the collective idiom as blogging. Laptop plus coffee shop plus being able to explore the internet efficiently was a sort of tech trifecta, and blogs started sprouting like weeds (sorry about that).

But back to this year’s words. Unfriend is, I think, one for the ages. But the others are groaners: intexticated? Funemployed? Sexting maybe, but we can’t nominate every clever portmanteau. If that were the case, half the words in the dictionary would be creations of my own (I have a talent for them). Better to collect them in a little bundle, as they’ve done with what I called the infernal bird-based jargon of Twitter: Tweeps, Tweetup, Twitt, Twitterati, Twitterature, Twitterverse/sphere, Retweet, Twibe, Sweeple, Tweepish, Tweetaholic, Twittermob, and Twitterhea (Twitterhead?).

These word clusters provide an interesting cross-section of the culture around a certain word (the other one they note is Obama) and its emergent phenomena — Twitterati is a good example of this, and a good word to keep around. The others I consign to the pit.

The level to which this invented jargon, or even something like the more practical unfriend, is actually used is unclear. I’m sure we’ve all seen freemium, and it has worth, but will it end up as widely used as paywall? It’s impossible to say, given the malleability of both new words and the people who use them. The environment for creating words is becoming more democratic, for better or for worse. Personally, I find my new words in old books, but even this cursory look at the new word market shows that those terms we may dismiss as fleeting or overly specific may be the most signal of the era.

Lastly, as many of you readers are specialists in tech, feel free to submit some of your more interesting or useful terms. For example, I like tentacular but rarely get to use it. Not really jargon, or a word even, but when it works, it works. Let’s populate this post with submissions for next year’s list; maybe someone from Oxford will find something they like.