Time Inc just launched a new technology blog called Techland, headed up by one of our former CrunchGear editors Peter Ha. Time magazine’s senior tech writer Lev Grossman is also a contributor. Techland covers the intersection of gadgets and geek culture, and is aimed at a mainstream audience.

Some of the debut posts cover the movie 2012, Samsung’s new Android phone, and a recap of Apple’s legal victory over clone-maker Psystar. It’s a crowded field, but the appetite for gadget culture is seemingly endless.

Random Internet history note: This won’t be the first time that Time Inc. trots out a blog by the name of Techland. It used to be one of the Business 2.0 blogs, and then a Fortune blog (archived here). My former editor at Business 2.0, Josh Quittner, who is now at Time, bought the domain way back when. Now it’s up to Ha to bring it back to life. 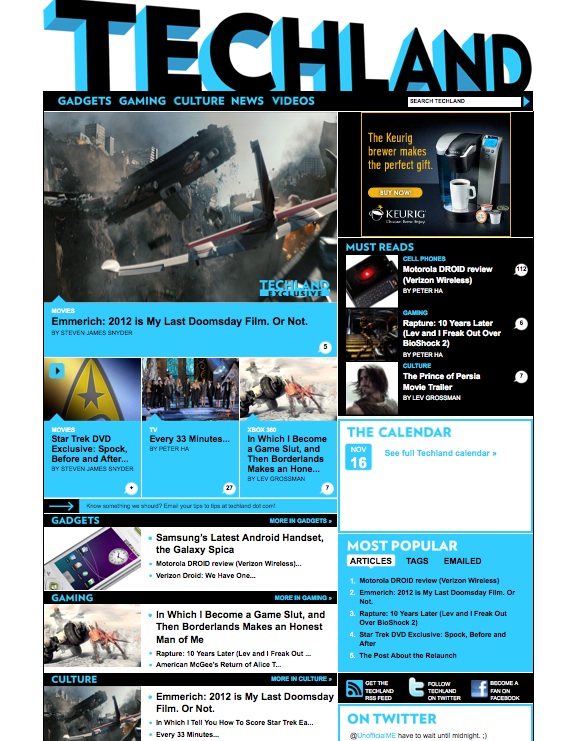