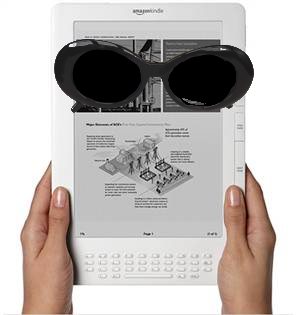 Despite the fact that the Kindle has been suggested as an almost perfect alternative to traditional textbooks, some schools have been reluctant to embrace it. This is due to a design issue that makes accessing the audiobook function somewhat difficult for the blind.

The Kindle’s new read-aloud feature shows great promise for the visually impaired, something that has been missed by other e-readers on the market. The issue becomes activating the read-aloud feature. It’s buried fairly deep in the menu system, and would pretty much require a sighted person to activate it.

In a rather interesting move, the Federation for the Blind has sued one of the schools that participated in a pilot program that brings e-readers into libraries and classrooms for students. The group also filed complaints with the DOJ against 5 other schools that were participating in the trial with Amazon.

MSNBC reports that Amazon has already stated that they working towards making the software easier to navigate, and now many schools have stated that they are not going to be rolling out the electronic devices to their students any time soon.