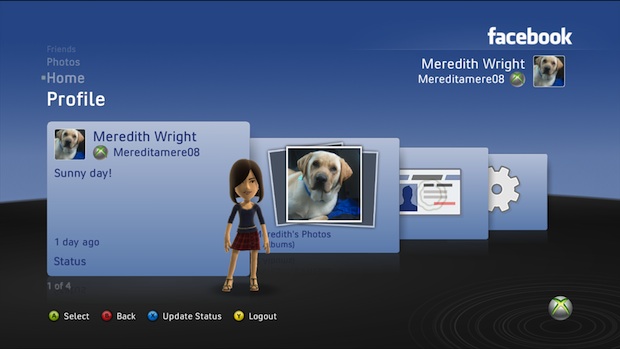 As of next Tuesday, November 17, you’ll be able to access Twitter and Facebook on your Xbox 360. The software update is free, like previous updates, and also includes Last.fm and Zune video compatibility. “What are you doing?” “Losing to 12-year-olds in Modern Warfare 2 over and over again! Not fun.” 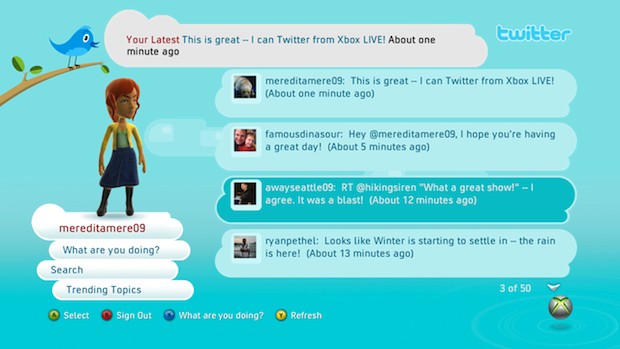 The idea, I guess, is that you’ll be able let your friends know just how much fun you’re having while playing the latest game, or streaming the latest Netflix release, without having to go through the trouble of whipping out your phone or walking over to your computer. I see it as a convenience and nothing more. It may also mean that there’s nothing you can to do stop Twitter’s worldwide dominance.

Note that the Xbox 360 isn’t the only video game console whence you can tweet or alter your Facebook status. The PS3 and Wii come with a built-in Web browser, and a stand-alone Facebook interface for the PS3 was leaked just yesterday.

And while the Twitter and Facebook support will get the most attention, I think it’s the Zune HD support that’s most interesting. Say what you will about the Zune HD—Devin liked it, and I went out and bought it I was so impressed—but the idea of an instant-on, HD, 5.1 surround system movie service certainly intrigues me. Of course, its success now depends on what type of movies are released for it.