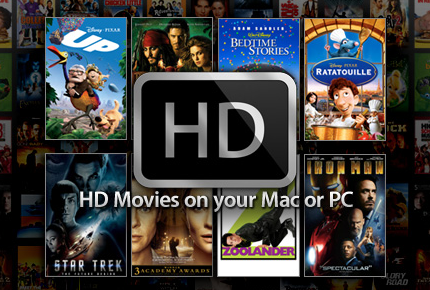 After previously only having an option to rent HD movies, back in March, Apple added the option to be able to buy HD as well. The problem? A complete and utter lack of options. Even now, some 8 months later, there were only a few dozen HD movies you could buy, and the majority were movies like The Midnight Meat Train — movies you probably had no desire to buy, let alone for the amped-up $19.99 HD price. Today, that changed.

Apple has just added a range of HD movies available for purchase on iTunes. Here’s the kicker: There are actually some good movies, finally. Sure, previously you could grab a few gems like Casino Royale. But now, for example, a total of 9 James Bond films are in HD (though sadly, only two of the Connery ones are, and Goldfinger is not one of them).

So what else is available in HD now? Blockbusters like The Rock, Top Gun, The Sixth Sense, and Cloverfield. Award-winning movies like The Curious Case of Benjamin Button, There Will Be Blood, The Queen, and No Country For Old Men. Pixar’s latest masterpiece Up is also available in HD. And you can also pre-order movies like Star Trek, which comes out next week, in HD.

It’s hard to tell exactly how much HD content Apple added today since you basically have to click on each film to see if it’s a) available in HD and b) available to buy in HD. But it’s a lot, and more importantly, as I said, there’s finally a fair amount of content worth purchasing.

Interestingly enough, Apple is touting its new HD movies as “HD Movies on your Mac or PC.” You notice something missing? Apple TV . Yes, Apple’s red-headed step child continues to get no marketing love despite the fact that HD movies not only play on the device, but I would argue that is still the best reason to get HD content from iTunes. Though movies are not Blu-ray HD quality, they’re pretty darn good and noticeably better than standard quality content from iTunes, especially on big HD TVs.

It’s good to see that after months of a slow trickle of mainly junk, Apple has opened the HD pipeline quite a bit more. Now if they could only get iTunes Extras along with HD for most films, the movie area of the store might actually be able to start living up to its music portion older brother. Having all movies available to rent the day they come out on DVD wouldn’t hurt either. But we all know Hollywood hates our freedom in that regard.

Of course, on the flip side, all this HD content to buy also means the more storage you’ll need for these files. HD movies on iTunes tend to range from 3 to 5 GB each. Apple still needs a solution for that eventual problem, like iTunes in the cloud. 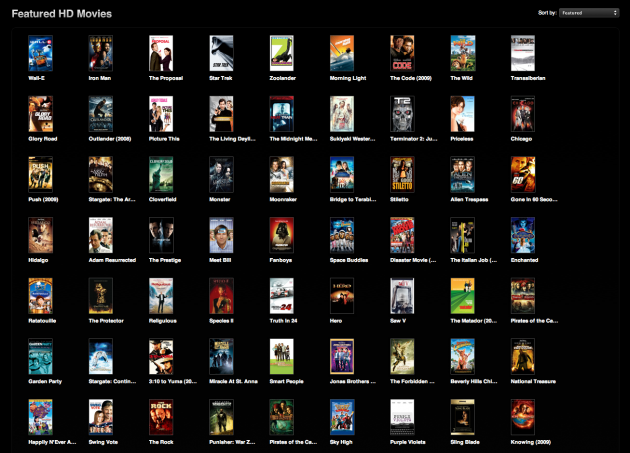