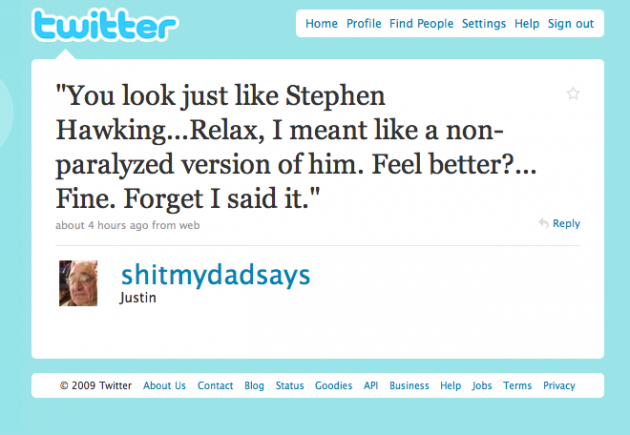 Back in August, we wrote about Shit My Dad Says, the Twitter account of a 28-year-old guy named Justin who literally just tweeted out things his dad said. At the time, he already had over 100,000 followers on Twitter, now he has over 700,000. And now he just landed a TV deal.

The TV industry blog The Live Feed reports that CBS is working with Justin (whose last name is Halpern) to create the show along with Will & Grace creators David Kohan and Max Mutchnick. Halpern will write it along with another writer, Patrick Schumacker. Warner Brothers will produce it.

Here’s the best line from The Live Feed’s story:

The comedy’s title will change if it gets on the air.

I would think so.

Below, some other recent gems (obviously, some NSFW): 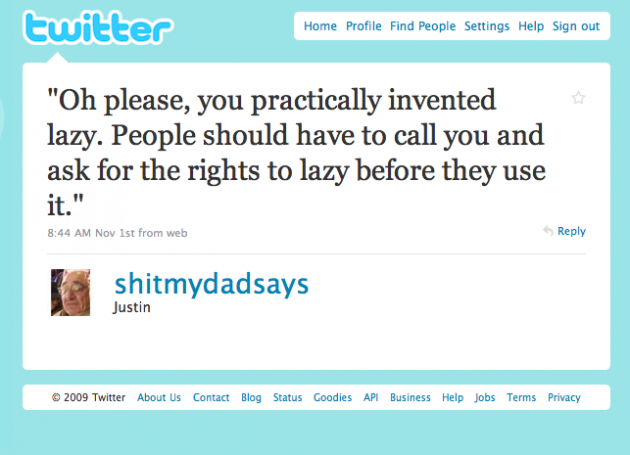 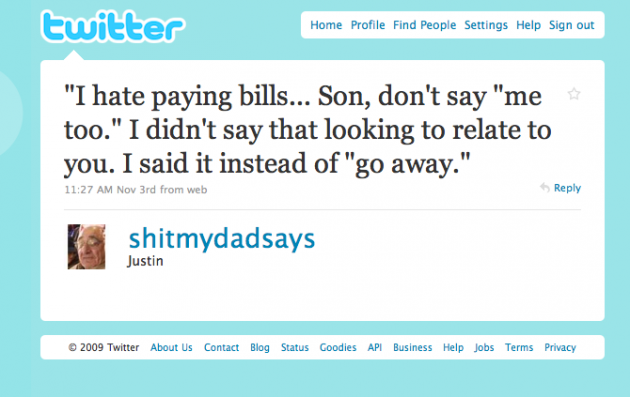 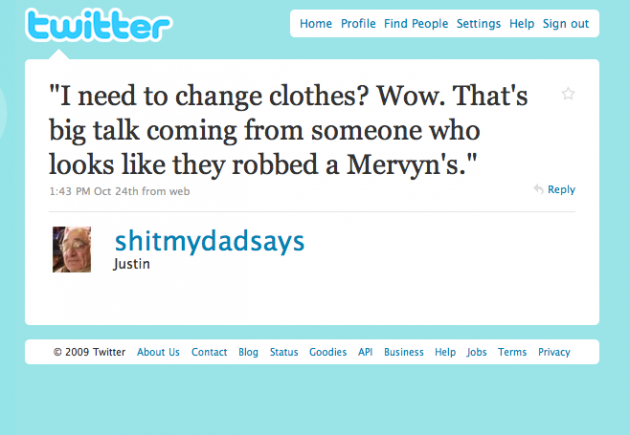 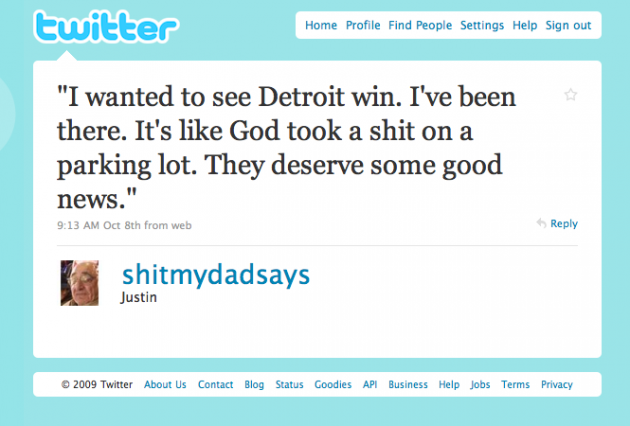