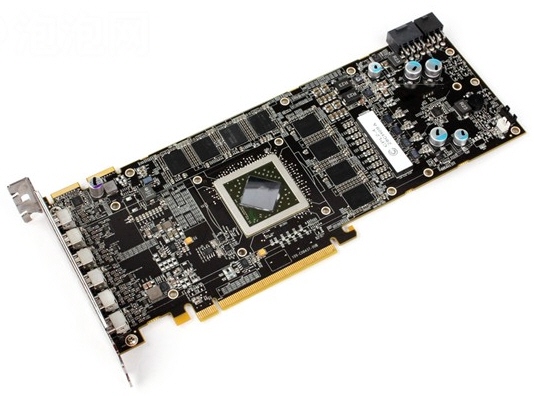 When I first saw Eyefinity demoed, I thought “that’s pretty awesome, but aren’t you going to have to pull some shenanigans to get that many monitors hooked up? I mean, daisy-chaining monitors isn’t science of the rockets or anything, but it does mean certain restrictions need to be observed, and certain accessories bought. But what if your graphics card had as many outputs as you had monitors? Or, say, a lot more?

That’s what this particular ATI Radeon 5870 is doing. Can you say six (mini) DisplayPorts? 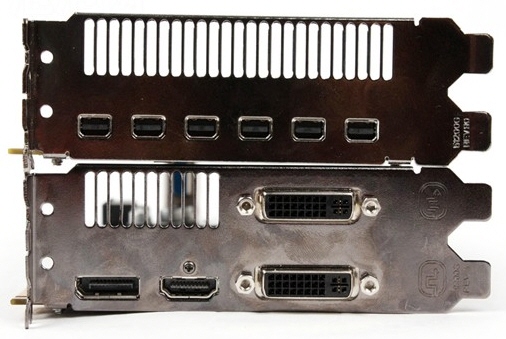 Apart from the extra ports, this model doesn’t differ too much from the reference 5870, though it does sport a slightly different PCI interface and, of course, it has 2GB of GDDR5. It’s got HDMI and two DVIs, plus… I don’t recognize that one on the left, am I losing it? (yes, I am, it’s a standard DisplayPort)

No pricing or availability information at the moment, but it’s good to know it’s out there if I ever happen to buy five more monitors and need to rock that Eyefinity .