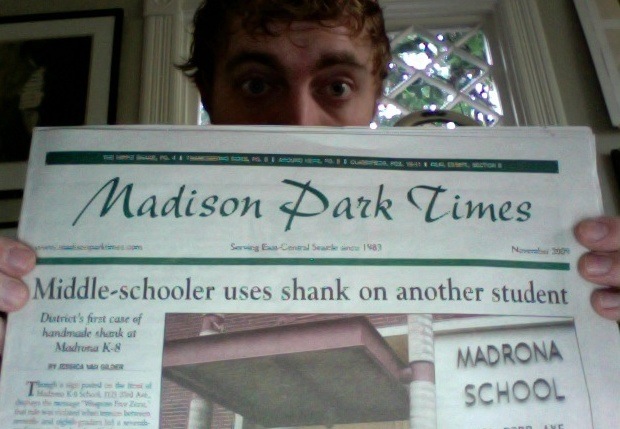 I just came across this story in the neighborhood newspaper. I can’t find it anywhere online. What is wrong with our seventh-graders that they are using their DIY skills to make shanks instead of putting together a cool fort or at least a more creative weapon? They couldn’t, I don’t know, modify Nerf arrows with metal caps so they hurt when they hit?

If they’ve got some violence in the system, as many kids do, they need to work it out. Most kids do that through video games these days, yet why do I get the feeling that somewhere in the Seattle school district tonight, somebody will be cursing the same games for making kids more violent?

Luckily, no one was hurt in this incident. The kids involved were expelled, but beyond that nothing is known. I think that going to an inner-city high school and being held up at gunpoint a couple times has made me a more well-rounded person all told, but I wouldn’t wish a shank on anyone.