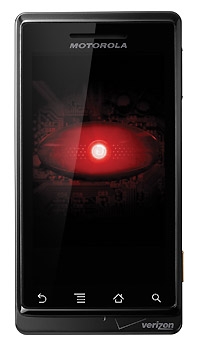 Yesterday I detailed my quest to find the throngs of Droid fans who had woken up at the crack of dawn to grab a place in line before Verizon unleashed the phone to the masses. Yet despite reports of lines elsewhere, I failed — the Verizon store in Palo Alto was a ghost town, as was the Best Buy down the street. Some commenters took my story and similar reports as an indication that the Droid’s launch had bombed, doomed to play out the same fate of the numerous supposed ‘iPhone killers’ before it. It looks like they may be wrong — that store sold over 70 Droids yesterday, according to one of its employees.

Today I returned to the Verizon store where yesterday’s quest began, looking to get my hands on one of the nifty docking stations that turns your Droid into a desktop clock/multimedia station. And while I expected a handful of other customers to be in the store, I was taken aback by just how crowded it was — each of the registers was busy ringing up a customer while others waited their turn, three people were standing in line just to touch the demo Droid unit, and I had to put my name on the list to talk to someone. When I asked one of the employees if they were selling a lot of Droids, his somewhat breathless response was “Yeah, a lot. Over 70 yesterday, we got a shipment of another 100 in today.” Oh, and they were out of both the dock I had come for and spare batteries. Maybe the lack of an early morning line wasn’t so damning after all.

Obviously this store represents a single data point, but so did my story yesterday. Here’s some more evidence that Droid might be doing pretty well, after all: last night Pandora CTO Tom Conrad tweeted,

“Just saw Pandora’s Android install numbers for the day. Wow! There may not be lines, but Droids are very much among us – and running Pandora”.

We followed up for more details, and while Conrad declined to give any exact stats for now, he did say that Pandora’s download rate tripled, going on to say “We were doing well on Android before though, so the increase is pretty amazing.”

If you’re an Android dev, let us know in the comments if you’ve seen a boost too. And if you’ve passed your local Verizon store, let us know how busy it was.