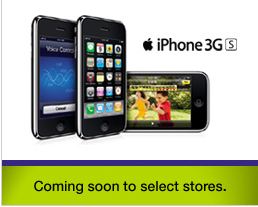 There were rumors out there that the iPhone would be coming to authorized resellers soon, and we’re finally starting to see it showing up. Surprisingly, The Shack will be the first one out the gate.

The story dropped this morning, via an announcement from the executive vice president of store operations. The letter said that the phone will be sold initially from company owned stores in the Dallas Ft. Worth and NYC areas. The nationwide rollout is expected to start in early 2010. No word yet on exactly what the value add of buying the phone from The Shack will be, but time will tell. Maybe they’ll throw in a free AA battery.