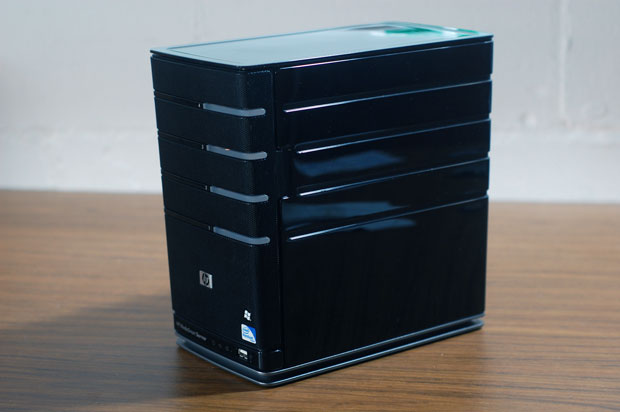 Short Version: HP sure knows how to make a Windows Home Server. The company has been at it for years now and the latest model does just about everything better than the previous models. That’s how it’s suppose to be.

If you’ve been following along with previous versions of the HP MediaSmart Server, you know what the device does. It runs Microsoft’s Windows Home Server, but HP equipped it with a slightly different user interface to make it accessible to the non-tech crowd. Nearly anyone looking for a backup and central storage solution should be able to use this guy. 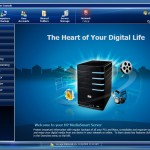 Instead of the stark WHS setup screen, new users can use HP’s software pack that guides them through setting up remote backups, assigning permissions to users, and finding media spread out over a network. It still has the same media collecting, iPhone-streaming and transcoding software in previous models, but the Media Collector works a lot better on Macs now.

What is new is the dramatically more powerful machine and better OS X support.The latest builds also ditches low voltage, and low power, CPUs in favor of a 2.5 GHz Dual Core Pentium. Boy does it help, too. I’ve been using WHS for a while now and it’s just not a backup device for me.

My torrent client lives on the box and unRARing huge files takes time on an Atom or Celeron processor, but the Pentium speeds things up a lot. The 2GB of memory also helps dramatically when running, let’s say, a torrent client, a couple of DLNA servers, and iTunes for the Home Sharing function. The hardware updates made this server a respectable little box. 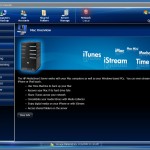 HP started with the OS X support last January, but it wasn’t the greatest. The backup didn’t allow for a full restore and users still had to search out third-party solutions to access the device remotely via OS X.

But no more. Now OS X can be fully backed up and restored just like a PC by using a separate restore disc. It works just like it’s supposed to and is a valid alternative to Apple’s own backup device, the Time Capsule.

Plus, the server now ships with a OS X WHS management tool. It’s essentially a repacked remote desktop client, but it gets the job done. Because of these updates, an HP MediaSmart server can live comfortably on an all-Mac network. 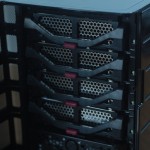 All this extra software HP has thrown in is bordering on intrusive though. Window Home Server is an amazing system all by itself and anyone that’s been around computers for a while should be able to use it without any extra help. The HP stuff is cool, but to be honest, I never used it past simple testing.

I would love to see an installation or setting to turn off the HP software, but that won’t happen. HP needs to justify why its servers cost a bunch more than other option, which is really my only beef with the EX495. It’s too expensive for the amount of storage you get. 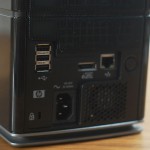 Outside of the extra HP software that a lot of people might not use and the more powerful hardware, you can get countless other WHS for far less. It seems obvious to me that the most important buying point of a file server is the storage capacity. You can expand the storage capacity to nearly anything you want with the HP MediaSmart line, but for $699 I expect to start with more than 1.5TB. The Acer easyStore costs $389 at Newegg and comes with a 1TB drive installed. For $750 you can build a 5TB system around the Acer using 2TB hard drives, which is a lot better deal if can live without the extra HP software (you probably can).

The HP MediaSmart EX495 is a quality rig. I don’t have anything against the system besides the aforementioned pricing. If you don’t mind paying a premium for software, buy it without hesitation.

Giveaway: Want this server? Well, not this used one, but rather a brand new one? Yeah, I have one to give away. Click over to this post for all the details.