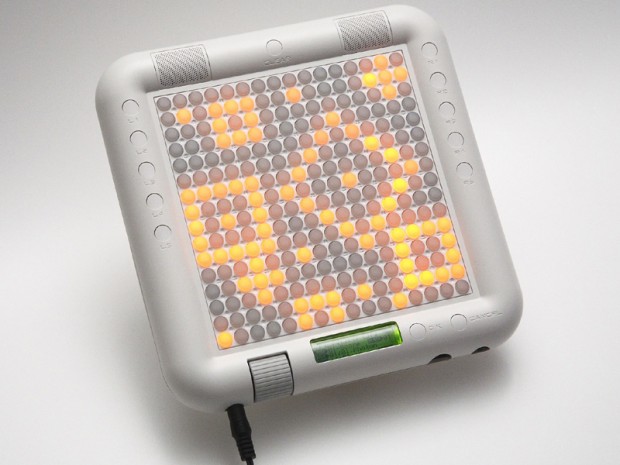 Yamaha launched its so-called Tenori-on, an electronic musical instrument with a built-in sound module, in 2007 for a recommended retail price of $1,200. The device, which consists of a touch screen and lets you play music by running your fingers over a 256 LED grid, is being sold world-wide, but the price is obviously a problem for many potential customers. It took a while, but today Yamaha in Tokyo announced the Tenori-on Orange [JP], which will cost less than $780 (at least in Japan).

I am not sure if the new model will attract masses of people, with Yamaha saying they had to remove the magnesium casing of the original and use ordinary plastic instead to push down the price of the instrument. Another minus: You can’t use the Tenori-On with batteries anymore so there needs to be a power source anywhere you use it. 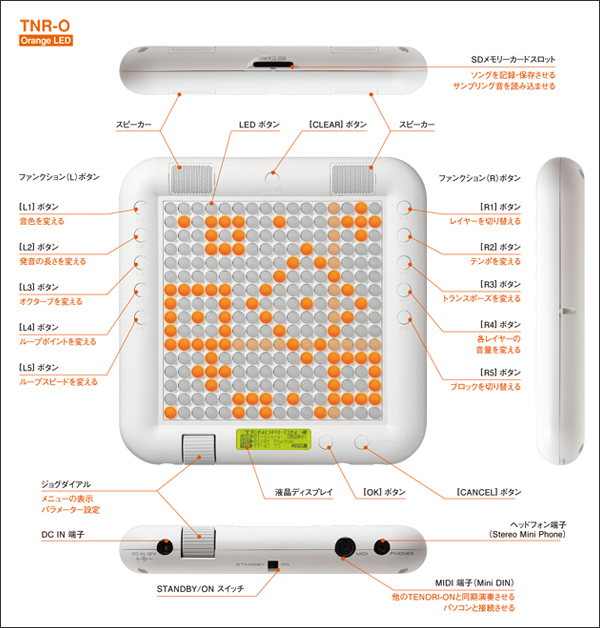 The LEDs are orange now (instead of white), but Yamaha says both versions are absolutely identical as far as making music on them is concerned. Both the new and the old Tenori-On can be networked, too.

The Tenori-On Orange will go on sale in Japan on December 1. Yamaha has yet to say anything about their international sales plans.