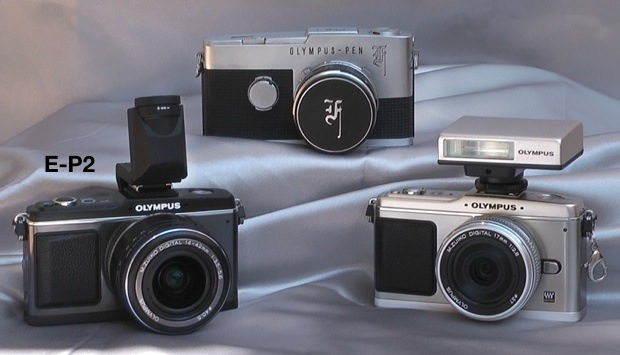 Yeah, that leak did a number on the official “release moment” of Olympus’ new micro four-thirds camera. All the stats are there, but I forbore from weighing in on the thing. I’m cautious but bullish about the M4/3 phenomenon; they’re legit to be sure, but this first generation isn’t going to break any sales records. They’re too expensive and too limited at the moment — but that’s how DSLRs were back in the day, and now everyone wants one.

I suspect the non-SLR interchangeable-lens camera (AKA the EVIL system) will replace the point and shoot, and the phone or PMP will fill that snapshot role. But until they get that price down it’s not going to happen. 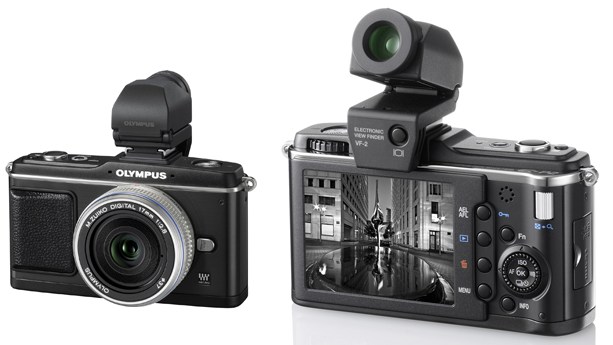 The E-P2 looks like an interesting camera. The problem I see right off the bat is that it’s almost the exact same camera that Peter found so underwhelming six months ago. Maybe he didn’t give it a chance, and maybe it was just in need of stuff like this accessory port to make it worthwhile, but the fact is that it’s not bringing a lot for the money.

You can get a fantastic DSLR and a lens or two for the price of an E-P2, or buy an incredibly slick point and shoot and have enough money left over to take a short vacation. It doesn’t mean the M4/3 style is bad, just that it’s new and doesn’t offer the same value proposition as the established technologies. $1100 is a lot to spend on a camera — enough that even early adopters will think twice. Especially considering how quickly Olympus improved on the E-P1. Why not wait?

Olympus is very proud of its electronic viewfinder, and I think the accessory port it fits into makes the E-P2 a tasty little gadget. Maybe you want a crossover device for home videos but the EVF isn’t really necessary. Okay, here’s decent 720p video with great sound through a real mic. Maybe you want a party cam, but don’t trust a point-and-shoot’s crappy little flash. Hey, it’s got a hot shoe and you’ll probably get some other stuff for the accessory port anyhow.

We may see the new Pen cameras (among their M4/3 brethren) grow into an interesting platform, but until they cost less than, say, a Rebel T1i or some such, the only thing they have to recommend them is their size. But this isn’t the last you’ll be hearing of micro four-thirds, not by a long shot.