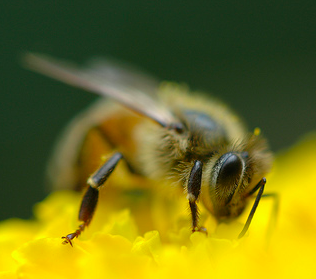 Back in August, we covered the launch of TwitCause, a service not unlike Causes on Facebook, only built on top of Twitter. Basically, they find a cause to support (partially based on community feedback) and use Twitter to drive awareness for it. They also ask that you donate some money if you find the cause worthy. But today brings a new little twist: A sponsor willing to pay for any Twitter user who tweet out their support for a cause. Ice cream maker Häagen-Dazs has stepped up to do this to try and save honeybees.

Perhaps you’ve heard the stories over the past several years about honeybees mysteriously vanishing around the world in large numbers. The root cause is believed to be something called Colony Collapse Disorder, which causes bees to stray from their hives and die. This is bad news since honeybees are vital to pollinating a lot of different types of foods we eat. They’re also vital to making ice cream, which is why Häagen-Dazs is supporting this TwitCause.

Starting today and running through November 11, Häagen-Dazs will pay $1 for the first 500 people that tweet everyday with the hashtag #HelpHoneyBees. The money will go towards both a UC Davis research project to further look into Colony Collapse Disorder, as well as help fund the Häagen-Dazs Honey Bee Haven, which aims to teach people about how to create their own honeybee farms. 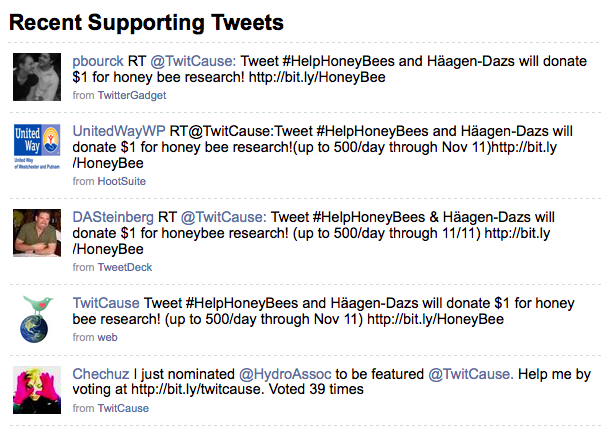