I wasn’t joking when I wrote Newsy has one of the best iPhone apps for news consumption on the go. But the startup is more than just about mobile applications: it’s on a mission to build a solid news destination site that collects and analyzes perspectives from multiple sources and wraps these views into snack-sized videos.

The company has now recruited Pam Maples as VP of Editorial to help out with ramping up the content side of the equation. Maples is the former managing editor of the St. Louis Post-Dispatch, one of the largest newspapers in the Midwestern United States, and its website STLtoday.com. Previously, Maples was assistant managing editor of investigations at The Dallas Morning News where she was a member of the reporting team that was awarded the Pulitzer Prize in international reporting, so her hiring speaks volumes of how seriously Newsy is taking its own mission.

Maples, a 2006 Knight Fellow in Journalism at Stanford University and a graduate of the University of Missouri School of Journalism, will be reporting to the company’s president Jim Spencer, who also has an impressive background. Spencer is the former VP of Content and Answers at Ask Jeeves (Ask.com) and prior to that served as GM of News and Information Programming at AOL and before that as director of strategic partnerships for MSNBC.com.

Keep your eyes on this one – and you can take that literally. 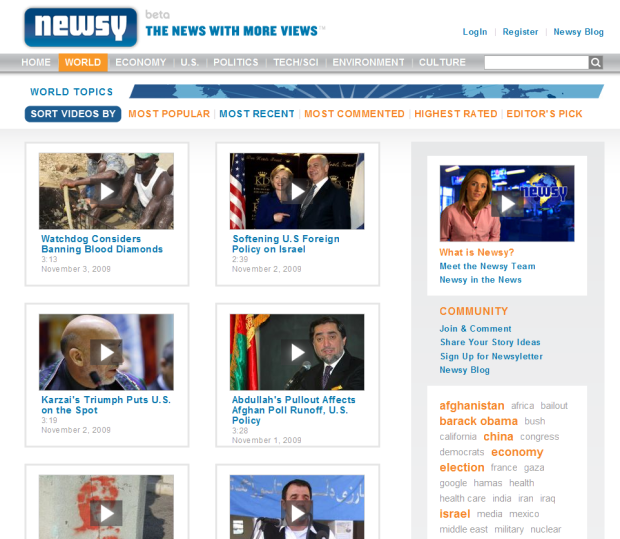