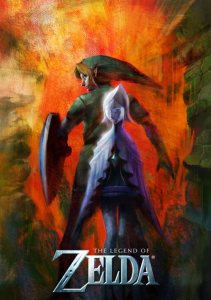 While it’s a little bit early to be busting out the green outfits to cosplay while you wait in line at midnight, there is some information trickling out about the new Zelda game. In particular, Miyamoto is talking about gameplay.

I played the last Zelda game on the Wii, and just couldn’t get into it. The controls felt a little odd to me, and I just couldn’t get into the game. That may change in the next game however, since in a recent interview Miyamoto said that they new Zelda game will use the MotionPlus accessory, making the sword fights more realistic and less like you are pointing at the screen.

At this point, that’s all we really know. The poster released at E3 really didn’t give us any major clues about the future of the franchise, and Nintendo ain’t talking yet. I guess we’ll just have to wait and see.