Here in Seattle, there isn’t enough room to swing a cat without hitting an open wi-fi access point. During lapses in my own internet service (damn you, Comcast) I have gotten by on my neighbors’, or one of the dozen cafes or bars within half a mile that have free, unfettered internet access. In fact, it’s become a sort of lifestyle I and other Seattleites subscribe to, flitting about the cafes, sharing music, blogging together. Pretty obnoxious, now that I think about it. But if there’s another thing Seattle is known for, it’s Starbucks. Now, like any true Seattleite, I haven’t set foot in a Starbucks in years except when absolutely necessary (airport, gift card, etc) — I could make some statement about burned beans and corporate culture, but really, it’s because of their lack of wi-fi.

Oh sure, they have wi-fi. There’s a guy in Madison Park who’s been playing WoW almost nonstop for years at one of the flagship stores. But it isn’t free, and internet you pay for isn’t really a hot item in the most wired city in the country. 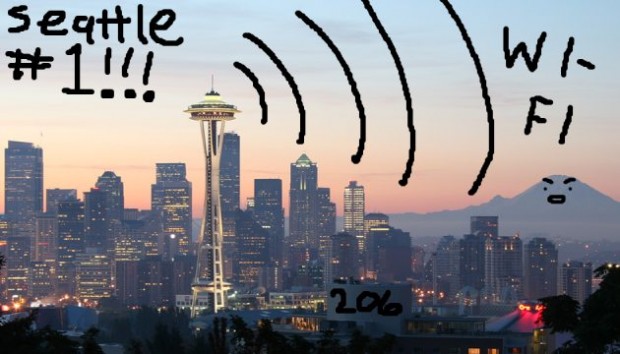 But as if it weren’t enough to have to pay for internet there, Starbucks is revamping their system to create a wi-fi access point of unprecedented complexity. Instead of doing something like selling vouchers for a day, a month, or a year of wi-fi at any Starbucks, they are instituting a complicated rewards system, with tiers, drink privileges, and a bunch of other stuff involved.

What can I say about a program with a FAQ like this? You’re giving people stars, and moving them around levels? I can’t decide whether they’re trying to be Super Mario Galaxy or a first grade classroom. It’s completely ridiculous.

I think what they’re doing is just pushing pre-paid cards, because that forces you to go back to Starbucks more. And if there’s a free drink there for you after however many drinks, and the card is linked to your internet access, you’re kind of stuck with it. But really, why not just have verified punch cards for free drinks, and if you really must charge for internet, why not just sell blocks of time and have people log in through a gateway? This cumbersome Starbucks ecosystem is why people who dislike Starbucks do so. …Also, your espresso is thin and the drip sucks.