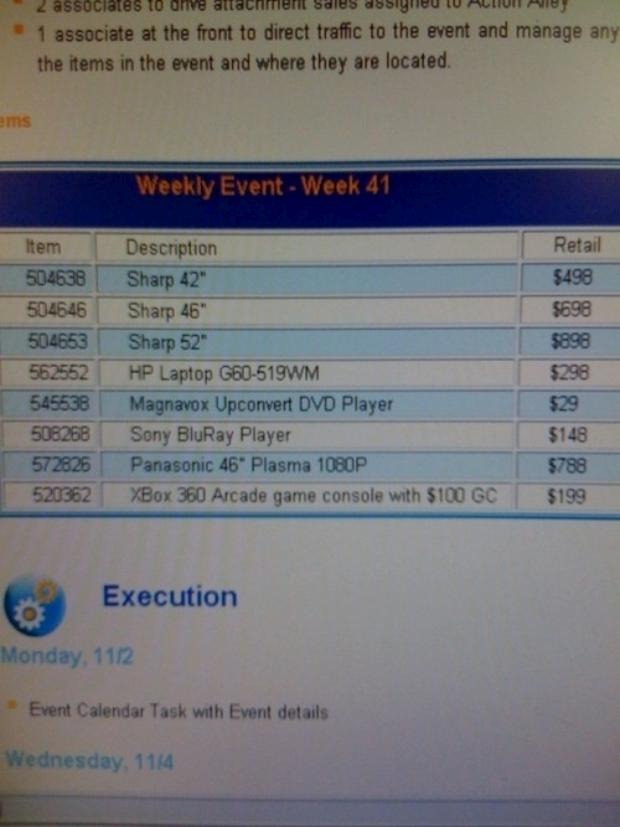 Well what have we here? It seems that a “retail tipster” sent Kotaku the following inventory screen showing this potentially enticing deal: an Xbox 360 Arcade system for $199 “with $100 GC.” Let’s pretend for fun that “GC” means “gift card” shall we?

This is still all in the rumor phase, although there’s apparently an official announcement expected tomorrow. The above screenshot looks plausible, too, I suppose.