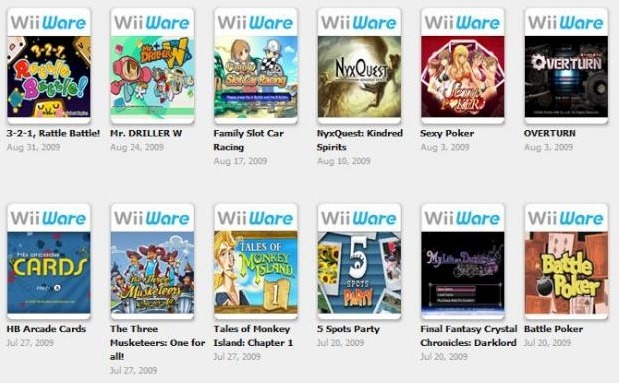 Nintendo CEO Satoru Iwata said recently that his company would be testing out demo downloads of certain WiiWare titles this month. It’s unclear if this test program will only be for Wii owners in Japan or if those of us here in the U.S. would be able to participate as well.

Apparently the program “will cover just a few titles,” according to IGN.

Nintendo is apparently looking to attract more potential WiiWare customers and this program is an attempt to gauge whether or not offering game demos will ultimately result in increased purchases. As one of those potential customers myself, I’d like to add that I can’t believe it’s taken this long. Just make demos for all WiiWare games available already, eh?