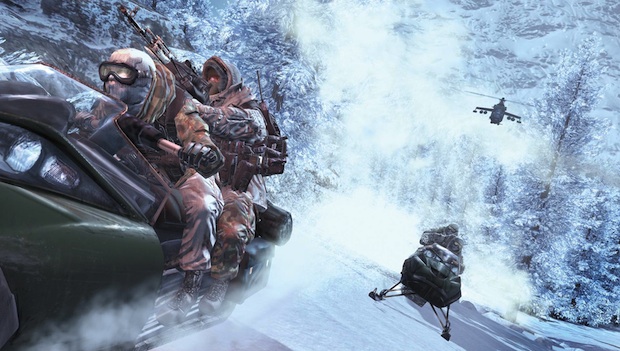 As I cleverly remarked in the official CrunchGear chat room, that a video game leaks a few days before its release is par for the course. When the biggest video game of the year leaks a full week before its release date, it’s worth noting. So that’s what I’m doing right now: Activision’s Modern Warfare 2 has leaked. It’s available where you usually find such things.

Yes, the the Xbox 360 version of the game has leaked, and the ISO weighs in at 6.69GB. It’s the American version, but it’s region-free.

I’d love to know where this came from. I mean, it’s probably just that someone swiped a copy that was sitting in a warehouse somewhere, but you’d figure that all the games would be under lock and key.

And yes, I’m a day late to this news. I need to get back into the habit of checking the release sites every two minutes.