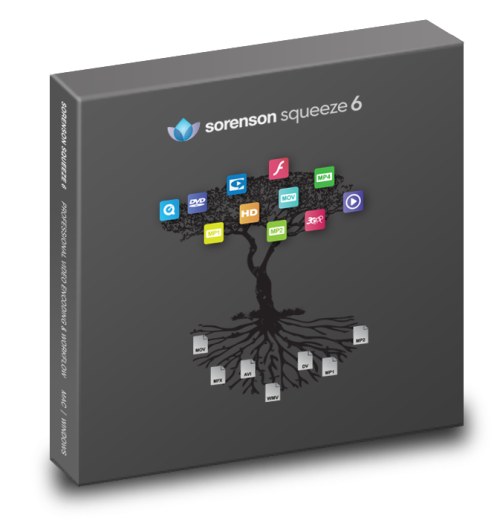 A couple weeks ago, a friend of mine came to me with a problem. The British distribution company handling his music video was shockingly backwards in its formatting, and was asking for a Real Media encode of the video. They didn’t specify bitrate, resolution, where it would be shown, or anything like that. Quicktime was being a bother, and we needed to use my PC to do a few encodes at this or that specification. We ended up running it through in Vegas, and going to grab a coffee while it churned out the frames.

Now, the point is not that you need a PC to encode heinous old formats, but rather that digital distribution is a weird, complex process that could use a bit of simplification. Sorenson’s Squeeze 6 appears to go to some lengths to make this happen. It’s far from the only encoding platform out there, but I think they’re moving the right direction with this version, which not only integrates tightly with your Mac, but also with SMS, Twitter, and other popular services. After all, there’s no guarantee that you’re going to be working in the same office, or even the same country, as people who need to be informed every step of the way. 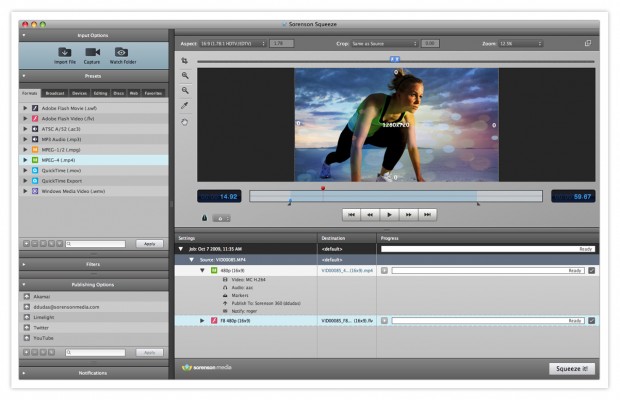 Imagine this: You set Squeeze up to watch a folder where master edited files are placed after they’ve been rendered out by FCP. Squeeze grabs the 1.5GB file, re-encodes it for YouTube, DVD, iPhone, and HQ H.264. When it’s done, it places them in a DropBox folder, emails the parties involved, and sends a text to your phone, telling you it’s finished. I may be against connectivity where I feel it’s not useful to me, but damn, if I was a video professional I’d be all over this thing.

The inputs and outputs look pretty comprehensive (though, it is true, Real is not on the list so it would have been useless the other day) — Sorenson is no newcomer to the encoding game, of course — but it’s the fundamentally collaborative nature of the program that makes it interesting to me. I’m not a media pro so I don’t know what tools are already in place for this kind of thing, but I know that the post-production and distribution phase can be a trying time, and this looks like it could streamline and improve the process greatly. Besides, I can see the crop, aspect ratio, and other frequently-adjusted controls right there in the interface, which says to me “user-friendly.”

If you’re in a collaborative video environment (like, I don’t know, College Humor or something), this might be a revelation. Then again, you’re probably also working in an office next to the person who’d be getting your “encode complete” text. At any rate, I think that service integration like this is a great step for a media company to make. It’s for Mac and Windows, but it looks like Macs have the superior version. Since it’s a pro app, however, it comes with the pro price: $500. My budget restricts me to freeware, but maybe yours doesn’t. There’s more info at Sorenson’s site.