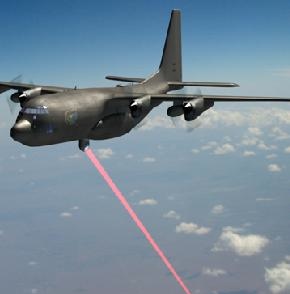 So the Federal Aviation Administration doesn’t like guys like you and me shining lasers into the sky at airplanes. But what about real scientists looking to use lasers for real scientific research? The current rules require, essentially, a spotter to look for aircraft within twenty five degrees of the laser. Obviously, this is extremely prone to human error. This sounds like a job for science!

A group from University of California, San Diego use a pair of antennae aligned with the laser to automatically detect the traffic control transponder on every airplane. “One antenna has a broad beam, the other a narrow beam.” In this way, airplanes can be detected as they approach the laser. Using the ratio of the signal from both antennae, the distance of the aircaft from the laser can be measured. If its “too close” then the laser is automatically shuttered, preventing any catastrophes at 35,000 feet.

Initial test are positive, though there are of course still a few kinks to work out. Chalk another one up for science!