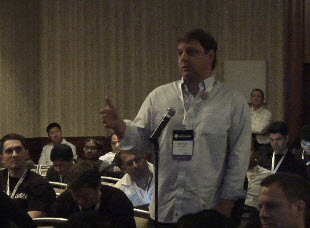 Frankly, since I started writing my weekly column for TechCrunch a few months back, I’ve been growing increasingly worried about the sanity of our readers. And not just for the reasons you might think.

Under a growing list of bylines, more than 200 posts are published on TechCrunch.com each week – with countless more on the various spin-off Crunch sites. Even allowing for MG Siegler’s eight personalities, and the fact he hasn’t slept since the day Twitter launched, that’s still an enormous amount of content for one blog to produce.

Consuming every single word that appears on TechCrunch is a fool’s errand, and yet we know some of you try to do exactly that. We know this because, even when you find a post that doesn’t interest you, you still take the time to let us know rather than simply moving on to something else. “Too long; didn’t read” you say, helpfully.

Knowing how keen you are not to miss anything good, but worried that our ever-increasing output is going to turn you crazy, I took Arrington aside after our weekly game of beer pong to suggest a solution. Why don’t I compile a weekly ‘Best Of TechCrunch’, rounding up the most important, informative and entertaining content from the preceding seven days?

“Ok,” said Mike, “let’s try it.” And so here we go – your handy guide to the best of the past seven days of TechCrunch, starting with our…