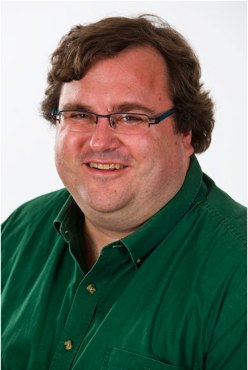 Greylock has also closed Greylock XIII, a $575 million fund, which will be used to invest in and support promising enterprise and consumer software, services and infrastructure ventures. Hoffman said that Greylock was the right fit because of the relationships he had with the partners, and the angel investing presence of the VC firm. Hoffman said that Greylock and his interests in funding early stage companies were aligned. He adds that he will continue to work full-time for LinkedIn .

Greylock also led LinkedIn’s series B funding round, which totaled $10 million. Hoffman has been one of the more prolific angel investors in Silicon Valley, investing in Digg, Facebook, Flickr, Last.fm, Ning, Six Apart and Zynga. Prior to LinkedIn Hoffman served as executive vice president at PayPal, where he was a founding board member. We are told that Greylock will not be taking on Hoffman’s current portfolio, only his future investments.

LinkedIn has been steadily growing, recently hitting 50 million users. Hoffman recently changed the guard at the company, with Jeff Weiner taking the helm as CEO in June. While LinkedIn is a strong IPO candidate, Hoffman recently told us that he’s not in any rush to go public. The company was valued at around $1 billion in its last round of financing in 2008, and has been profitable for the past years.