It seems VHS will never die, and this is generally welcome, as a lot of good movies aren’t still available on optical discs. In summer 2008, Panasonic released a VHS/Blu-ray combo, followed by Sharp’s Aquos BD-HDV22 that was pretty much the same thing. And today, over one year later, JVC anounced the DR-BH250 [JP], which is a VHS recorder, Blu-Ray Recorder and 250GB HDD rolled into one.

JVC also threw in 1080/60p/24p support, BD-Live and BONUSVIEW support, AVCHD support, a USB port, an HDMI CEC interface, and an SD/SDHC card slot. It’s possible to transfer material between DVD, VHS and Blu-ray, including copying video from a VHS cassette to a Blu-ray disc. 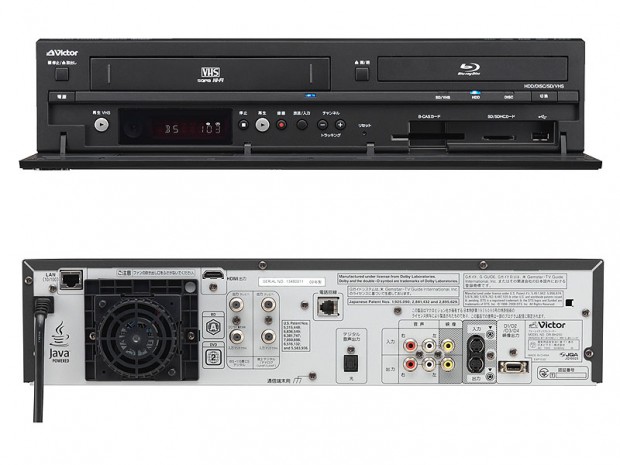 JVC plans to roll out the DR-BH250 at the beginning of next month in Japan for $1,400. The company hasn’t said yet whether VHS fans not living in Japan will ever get to lay their hands on the device, too.