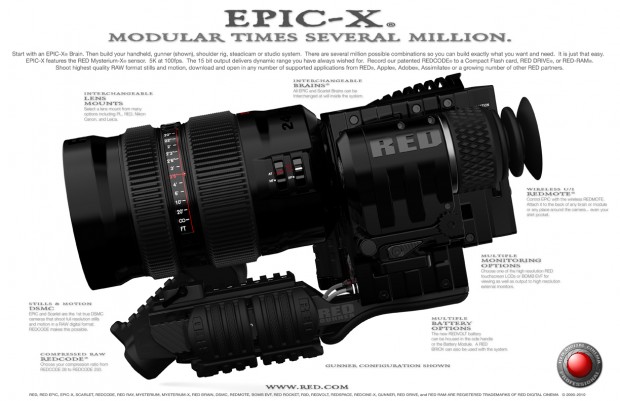 A relatively large announcement went live earlier today from RED, which as you’ll remember, made big promises for digital cinema a while ago — with equally big (and vague) timeframes. Today was a minor solidification of those timeframes, but many RED users were expecting solid shipping dates, and those didn’t happen. Instead, a change in strategy was announced, and a few brave RED owners will participate in an intensive beta program with the pre-production camera, dubbed “Tattoo.” After that, the S35, as it will be called in production, will see a wide simultaneous release, hopefully with some bugs squashed.

Here is the revised spec list. Of note are the internal motion sensor (good for recording metadata for adding effects later), GPS sensor, and a touchscreen electronic viewfinder (good for adjusting settings, but it also supports… touch focus tracking? -that’s not what I think it is, is it?): 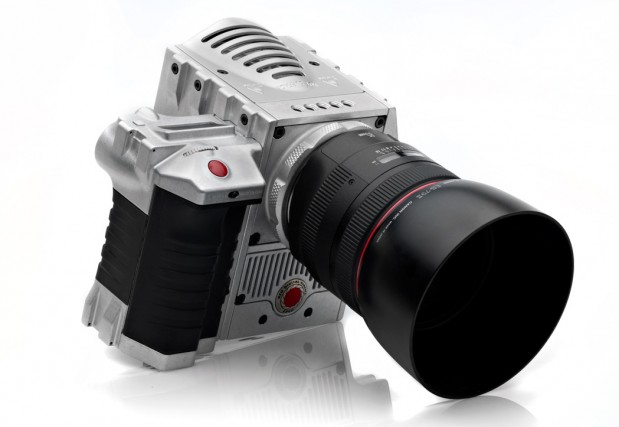 Jim also posted an actual picture of a brain with grips attached still-camera-style, with a Canon EF mount. Whether they’ll actually be able to take a bite out of established still camera makers is questionable, but we’ll see.

The Scarlet also gets an update, a response to serious encroachments by cameras like the 7D. Much better audio capability, increased bitrates and color accuracy, 1080p at 60FPS, and a touchscreen LCD among other things. No word on pricing or how these changes might affect it, but it’s still going to be a professional camera, not a consumer or even prosumer one, so expect it to be at least $3000.