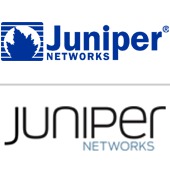 So Juniper Networks makes network hardware. And they want to make an “iPhone of networking?” What could that be? A small networking device that’s insanely possibly and considered polarizing? Nah. It’s just a new logo, faster chips, and new software. This is all the beat Cisco, which is kind of futile.

Essentially what Juniper is doing is creating an app store for their routers, which is actually kind of cool. Sadly, things are a little rough for developers right now:

To compete with Cisco, which also offers developers a chance to create their open applications for its Application Exchange Platform (AXP), Trebnick says that Juniper will have to streamline its interface for third-party programmers. She has heard developers complain that Juniper’s platform has, until now, been unwieldy. “It’s definitely not as slick as writing something for the iPhone,” she says. “It can be a nine or 12 month effort.”

They also have a Droid-esque new logo, which is nice. Anyone work with Juniper’s SDK? I’d be curious to find out what kind of apps you can create.