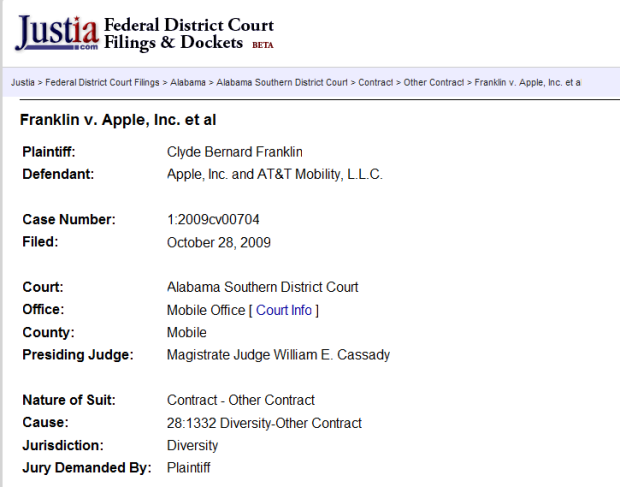 It isn’t the first, and I assume it’s not going to be the last either.

Apple and AT&T are facing a new putative class action from an iPhone user who alleges that the companies misrepresented the phone’s MMS (multimedia messaging service) capabilities.

Clyde Bernard Franklin filed the complaint (case 1:2009cv00704) in the U.S. District Court for the Southern District of Alabama on behalf of all Alabama residents last Wednesday. I don’t have proper access to the court documents at this point so it’s a bit unclear what the allegations in this particular case are exactly, but there should be more information about the details available shortly.

While iPhone OS 3.0 included support for MMS from the start, AT&T took quite some time to enable the feature, which prompted iPhone owners to initiate two separate class action lawsuits against the carrier and Apple last August.

On September 25, AT&T finally rolled out the service for iPhone owners in the United States, so it’s safe to say that the delay isn’t why Franklin is taking Apple and AT&T to court.

We’ll update when we learn more.