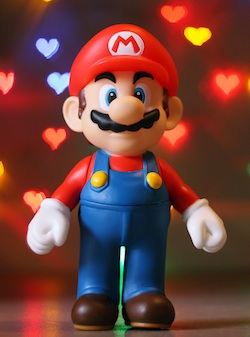 It hasn’t been the best couple of months for Nintendo . Profits were down for the six months leading up to September, which the company blames on the strong yen and the Wii’s price cut. Net sales, too, were down, some 34.5 percent. Fair enough, and those reasons are likely to explain Nintendo’s situation, but is there something else going on? I know Pat Buchanan, the older gentlemen that he is, always uses the phrase “the chickens have come home to roost,” and I think it’s applicable here. Perhaps Nintendo’s strategy of selling the Wii to the “casual” crowd (housewives and the like, to simplify this) has finally run out of gas?

How many games were released for the Wii that appeal to the more hardcore among us? I’m thinking back to all the games I’ve played this year—Street Fighter IV, Resident Evil 5, Bioshock, Fallout 3, Race Driver: Grid, Forza Motorsport 3, and maybe one or two others that I’m forgetting—and none of them were available for the Wii. Now, I consider myself a hardcore gamer only in the sense that I’m not going to play something like Mario Party or some sing-along game; I’m not hanging out on NeoGaf debating the merits of Xbox Live vs PSN. So that’s where I’m coming from.

The point? I would say that there have been next to no games released for the Wii that interested me, a gamer who’d rather sit there and try to 100 percent Resident Evil 5 (well, Resident Evil 4… Resident Evil: 5 had too many things that annoyed me) than lose five pounds playing Wii Fit. I’m a gamer, not someone looking to have a fun evening with my grandkids.

I think that’s what it comes down to: Nintendo has made, if I may, mad money over the past few years by positioning the Wii as an entertainment device for the whole family. That’s all well and good, but when Single Professional Woman buys a Wii so she can host a Wii Sports party once a month, what are the odds that she’s going to keep buying game after game?

That’s not to say Nintendo is doomed, of course. I played the New Super Mario Brothers Wii a few weeks ago, and I can honestly say, “Now there’s a game that’ll appeal to the ‘hardcore’ among us.”

But what do I care? I’m most concerned with leveling my warlock in WoW.