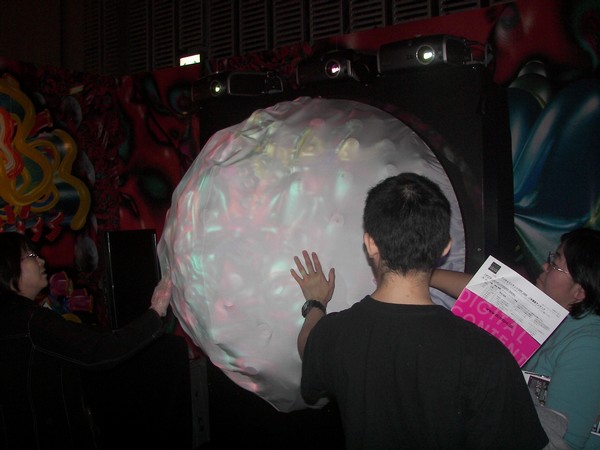 One of the most spectacular booths at the Digital Contents Expo in Tokyo (which ended Sunday) was the one of the Yoichiro Kawaguchi lab at the University of Tokyo. Their so-called “world’s first spherical bumpy display” can be touched by viewers to feel the surface moving and morphing.

The lab says their display is perfect to present “embodied” 3D CG, but it’s actually a piece of art itself. And the thing is pretty large, too.

Just have a look at those videos I took at the expo.