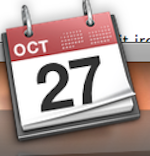 Today’s a pretty big day in gaming, ladies and gents. You’ve got DJ Hero, Tekken 6, and Forza Motorsport 3 all coming out today. (Incidentally, I’ll have like a mini FM3 “review” tomorrow, and we may have some fun Tekken news this week to share—stay tuned!) So I decided to go around some of the big gaming sites, and take select quotes, completely out of context, and share them with y’all here. Let’s go~!

How often can you reinvent the wheel? It’s a question videogame developers are more qualified than most to answer. Year after year, driving titles strive to overtake each other for the lead in a continually evolving genre. It’s an interminable race, although one that in recent times has felt like it’s approaching its closing stages… Where does the genre go from here? With no one looking particularly threatening in its slipstream, Turn 10 [the game’s developer] has time to decide.

Sony’s Gran Turismo may still sit in the pole position among racing sims for many, but Microsoft is making a hard charge with Forza Motorsport 3… Simply put, Forza 3 is one of the best racers ever made… I felt Forza 2 was lifeless and without spirit. That is not an issue with Forza 3. This is a game that showcases speed and beauty. The cars are sexy, the tracks look great, and the game runs at a smooth 60 frames per second. The lighting isn’t always perfect — you can often see shadows dancing around the car in some odd ways — and a few times textures didn’t load on the track. Despite these issues, Forza 3 is one hot looking game.

Forza 3 upholds the franchise’s tradition of excellence, but also plays it a little too safe; it irons out the previous game’s clunky interface and sports a minor visual upgrade, but the gameplay feels strikingly similar to its predecessor. Still, Forza 3 is a very good racing sim in a handsome package that can proudly proclaim itself as the best and most polished currently available, but it’s the excellent integration and extent of its online features that make it a stand out game. Driving, tuning and creating within a living community breathes essential life to a game genre that can occasionally be a bit too stuffy for its own good.

So, surprise, it looks like FM3 is good. Again, I’ll have my take on the game here tomorrow. Not that you care ;-)

Next, Tekken 6. Remember: we may have some exciting Tekken-related news here later this week, so keep your eyes peeled!

Following in a long line of arcade fighters, Tekken 6 continues the one-on-one, 3D tradition with the franchise’s biggest roster yet, and some nice gameplay refinements… The real problem comes from the game’s load times, which are poor all around. Not only is there a frustrating amount of loading before an online match (while the two players sync up) but there’s some unusual loading peppered throughout the entire Tekken 6 experience. Even selecting a fighter off the character select screen takes a fair amount of time, as the character models pop into existence after a hefty delay. This issue is present on both the PS3 and 360 versions, even after the PS3 version’s optional install of more than four GB. These awkward load times, while disappointing, are still tolerable and won’t spoil Tekken 6. I just wish we could have seen the game perform a little better… Tekken 6 has a lot to offer, including a massive roster, refined gameplay, plenty of modes, online multiplayer and an absurd amount of character customization options…With that said, Tekken fans will certainly gobble it up and I think gamers unfamiliar with the franchise should give it a shot. The unique mix of an easy-to-use interface with intensely deep strategies is definitely worth checking out.

That’s the only “big” review I could find. If you guys find more, I’ll add ’em later, such is the POWER of the Internet.

Because this is a new type of music game, there’s a lot to explain, but let’s get this out of the way first: DJ Hero is fantastic. It’s one of the best games I’ve played this year and one of the best music games I’ve ever played… In an overcrowded genre of music games, DJ Hero resides at the very top with the best of ’em… But DJ Hero is already the most exciting music game around and is guaranteed to get the party started. To paraphrase Run DMC: gosh darn that DJ made my day.

What’s unique to DJH is the soundtrack that you won’t be able to find anywhere else. You’re not fingering your way through another ho-hum track from yesteryear. Each track was exclusively mixed for DJH. Where else would you hear the Gorillaz x Blondie, Daft Punk x Queen or The Jackson 5 x Third Eye Blind? For the record: I hate Third Eye Blind, but the music is broad and appeals to just about anyone… As far as peripherals go, the turntable appears to be of high quality. The case and telescoping legs that come with the Renegade Edition surpassed my high expectations. There’s the off chance that you might inadvertently break or knock off the effects dial or cross fader, but it never crossed my mind while playing.

Again, I couldn’t find any more DJ Hero reviews. Is today a holiday or something? Because if it is I’m out of here!

So, yeah, just some random comments.