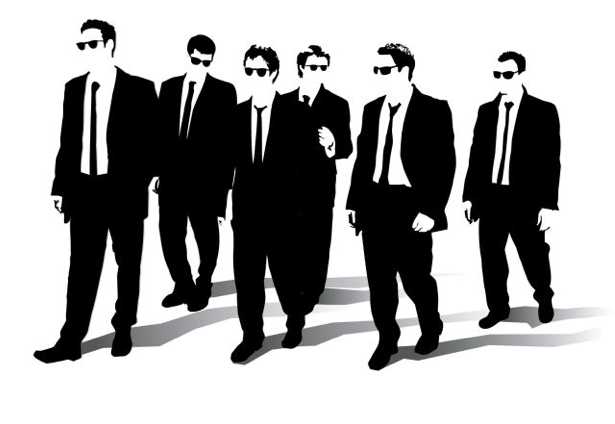 The answer is easy, but requires some explanation. Fundamentally, the problem with most iPhone killers is that they’re not actually trying to kill the iPhone. They, as devices, may think they are, but most of them are playing a different game because of the OSes they run, and the companies behind them. One way to think about it is to compare smartphones and more precisely, their OSes, to religion (which we’ve done before). This is especially apt since the nickname for the iPhone is the “Jesus Phone.”

In a religious sense, the iPhone is a monotheistic religion. Basically, its OS believes in one device. Yes, I know there is the iPod touch, as well as variations of the iPhone (original, 3G, 3GS), but these are essentially all the same device with essentially the same hardware, just boosted specs. Meanwhile, Android, Windows Mobile, BlackBerry, Symbian, etc. are all polytheists. But “pagans,” while perhaps not exactly right, is a cooler term, so let’s go with that. All of these other mobile OSes are pagans. They answer to many devices, their “gods.”

Now, I’m not saying that the pagan approach is a bad one, I’m simply saying that trying to kill a monotheist device with a pagan OS is going to be very hard. The problem is that none of these pagan OSes have that one, single device that they can use to help spread their doctrine to the masses. They may put more faith in one device at any given time (which Android is already doing with Droid), but ultimately, their allegiance lies with the many other devices under their OS umbrella as well. The pagan church (in the Android case, Google), would be unwise to play favorites because it would undermine the ultimate goal: To be on as many devices as possible. 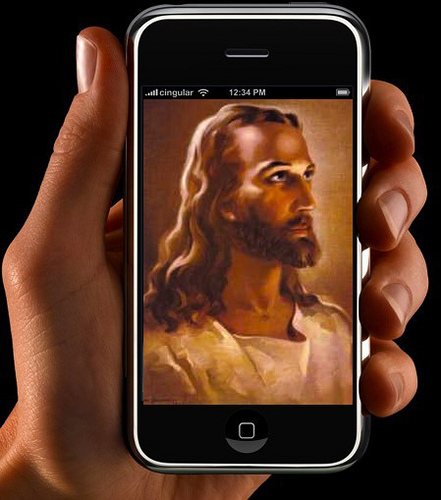 And I think Google realizes that. While they apparently have had quite a large hand in helping with Droid, it’s Motorola and Verizon that are hyping it big time. But I think Google knows that the Droid isn’t an iPhone killer. Instead, it’s likely the best device they have so far to kill their real competitors: Symbian and especially Windows Mobile. Repeat after me: Android is trying to kill Windows Mobile, not the iPhone.

Another popular way to think about this is the PC (Windows) versus Mac history. Essentially, early on in the history of personal computing, the Mac was king. But then Microsoft came along with an OS that could run on devices from multiple manufacturers, quantity ruled the day, and the rest is history. Android, Windows Mobile, etc are often associated with taking this approach in the mobile battleground.

But things are different now. One could argue that there was a lot of other things going on inside Apple in the 1980s that led to the rise of Microsoft (and, of course, the ouster of Steve Jobs). Since then, Apple, for lack of a better phrase, has gotten its shit together (and brought Jobs back). With the iPhone — meaning the combination of the hardware, the software, and maybe most importantly, the App Store — Apple has created an ecosystem that is fueling itself.

Microsoft, meanwhile, has been trying the same “quantity” approach in the mobile space with Windows Mobile for years now. For a while, it was working fairly well, but that was mostly due to a lack of competition in what was still a very small market. Now, they’re bleeding market share in the space, and the future looks grim. Again, not so much because of the iPhone (which is hurting it short term), but because of Windows Mobile’s true competitor: Android.

Not only is Android open source, but it’s free. Windows Mobile, on the other hand, is still ridiculously charging manufacturers upwards of $25 to use their sub-par OS. Their strategy seems two pronged at this point: 1) Try to leverage the Windows PC brand as much as possible and convince users that Windows Mobile tied to Windows itself create the best environment for mobile. 2) Get out Windows Mobile 7, an entirely new OS, as quickly as possible.

The problem for Microsoft (again, for Microsoft, not Apple) is that Android now has real traction with manufacturers and a massive amount of devices about to hit (including Droid) should push Windows Mobile behind Android in the hearts and minds of the public. And while it’s still smaller in market share, that could change as well much sooner than Microsoft would like to admit. 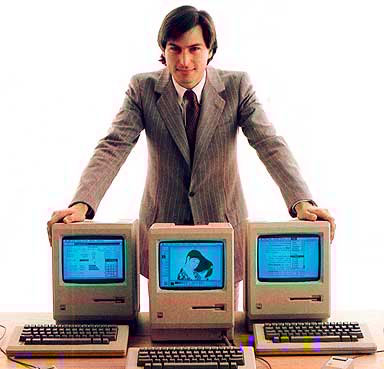 Let me be clear: I think it’s pretty likely that eventually Android will be bigger than the iPhone worldwide. Again, it’s a different game. It’s monotheist versus the pagans. It’s Mac versus PC. Even if and when Apple breaks its AT&T exclusivity in the U.S. there will still basically be only one device. Android will have dozens of devices. And even more in other parts of the world. But the iPhone will continue to survive and even thrive, just like the Mac is right now.

By offering one device, Apple is accepting a trade-off: They’re sacrificing quantity for quality. Apple has complete control over its device (and probably too much with regard to the App Store), and because of that, it can build something that melds software and hardware like none of its pagan counterparts can.

In fact, the closest one to doing this is Palm with the Pre. But the Pre is not in the iPhone’s class yet (it’s too slow), and Palm is already getting ready to release another device. And they’re talking about more after that. It’s a more confined pagan religion, but its still pagan. Developers won’t be sure which device they’re developing for, etc.

Apple could go that way too someday. Since the iPhone’s launch, there have been whispers of an “iPhone mini,” but that hasn’t happened yet. More likely in the short term is that Apple’s tablet device may run some variation of the iPhone OS, which would obviously require some changes. But in the smartphone space, there will still be the one device.

And while on the face of it, it may not seem like it, that’s compelling to a lot of people. (Keep It Simple, Stupid and all that.) When you’re forced to choose between dozens of devices with dozens of different specs, it can be daunting for a consumer. With the iPhone, they know what they’re getting. And developers know what they’re getting too. They know they apps will run great on the iPhone because they were able to test it on the device rather than having to buy and test it on dozens of devices.

It’s about controlling the user experience. Whether you agree or disagree with that approach, you have to admit that Apple is very good at it. 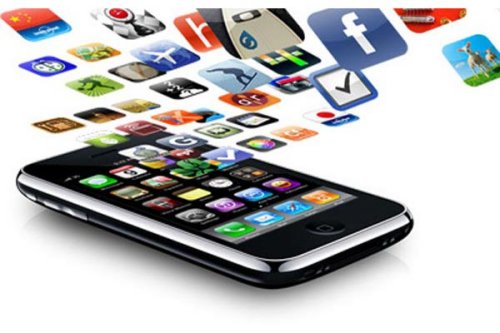 Speaking of developers, lest you think any of the pagan smartphone makers will be able to convert iPhone users en masse, there’s a huge point of faith for sticking with the iPhone: Nearly 100,000 applications and 2 billion app downloads. While many people talk about the former being a lure for new users (which it obviously, absolutely is) the 2 billion number is the key for users staying around. Plenty of people have already invested hundreds of dollars in apps which only work on the iPhone. Convincing those people to switch to a Droid or a BlackBerry is going to be difficult. Instead, when they upgrade, they’re likely to pick a device that those apps still work with: A new iPhone.

That’s why this is not about killing the iPhone. Whispers are starting again about a “Google Phone” — that is, hardware developed (or at least entirely dictated) by Google. During the Web 2.0 Summit, Google co-founder Sergey Brin admitted that Google works more closely on some hardware for Android than others, but that’s not enough to make an iPhone killer. If Google (or Microsoft, for that matter) decides to put all of its support (and marketing support) behind one phone, let me know, then we can talk.

But supposedly, even Droid will be a series of phones. Again, the first one looks great. And it could be a real killer. But only because it runs Android, which could be a Windows Mobile killer.