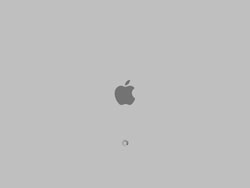 When the Psystar Rebel EFI software launched yesterday, the Internet collectively gasped at the wild claims but a few people in the Hackintosh community probably knew better. Sites were claiming that the Rebel EFI software would allow OS X to be installed on any computer, but that simply isn’t true as I’ve found out over the last 12 hours. In fact, it doesn’t seem to offer any more hardware support than the open source Chameleon bootloader.

Now, I found the Psystar software easier to use than Chameleon, but the same systems that previously rejected OS X using Chameleon, did the same with Psystar. One is an Core 2 Solo U3500 1.4GHz with a ATI Radeon HD 4330 GPU. This computer will not get past the gray screen with a spinning beach ball in the top left, which means the graphics card probably isn’t compatable according to the updated Rebel EFI FAQ page. The other is an Z520 Atom 1.33GHz netbook with an Intel GMA950 GPU. This guy won’t get past the Apple logo. I had the same results using Chameleon a few weeks ago.

John managed to install OS X using the Rebel EFI bootloader on an HP Touchsmart computer yesterday. I’ve not had any luck so far though. In fact, we got an email a few minutes ago stating that while someone managed to install OS X and purchase the software, the activation key will not work, rendering the machine almost useless. Psystar’s phone tech support just told him to email the company but so far nothing has been resolved.

The Psystar Rebel EFI might be a terrific piece of software, but it doesn’t seem ready for retail consumption yet. In the mean time, let me point you towards the rich development community behind the OSX86 project and Chameleon. Chances are that if they say your hardware isn’t compatible and their solutions won’t work, Psystar’s Rebel EFI installer probably won’t either.