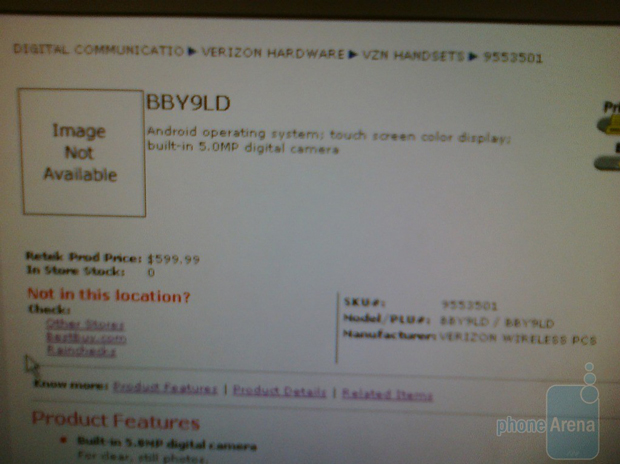 It should be known by now that there probably won’t be much happening with the Motorola Droid until October 28 at the earliest, but according to these screenshots of Best Buy’s system, the retailer might have the phone available early on October 24. Now, the 24 is this coming Saturday, which is a usual inventory restocking day so just because the stores have them somewhere doesn’t mean they will be available for purchase.

But then again you might be able to get one over on an unsuspecting (and untrained) Best Buy wireless sales associate. That is, of course, if you’re willing to pay the $599 no-contract price until it’s officially available from Verizon on October 28. Actually, I’m sure some trust fund d-bags are willing to pay that price just to be the coolest kid in town.