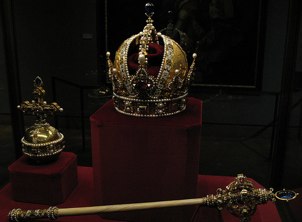 Yesterday, eBay’s third-quarter results were bitter sweet, with profits declining 29 percent from the same quarter last year. But year-over-year revenue increased for the first time in the past year, thanks in part of strong results posted by PayPal (and Skype). The payments processor saw its revenue rise to $668.1 million, up 15 percent compared to last year, and the number of active registered accounts grew by nearly 20 percent in the quarter to 78 million.

What is notable is that the number of online merchants using PayPal separately from eBay continues to rise, with the external use now at 56% of total volume, up from 51% last year. And the company has stated that 44 of the top 100 U.S. retailers offer PayPal as a payment option.

Added to the mix of PayPal’s steady success is the company’s strategy of opening up its platform to developers to fuel even more viral growth outside of eBay’s own platform. PayPal recently announced its Adaptive Payments API, which gives developers full and open access to PayPal’s payment processing features, allowing them a lot more freedom in building applications which incorporate PayPal, which includes the ability to accept and distribute payments.

Paypal’s Adaptive Payments has built-in micropayments support, and also offers “Chained Payments,” which lets developers create applications that enable a sender to send a single payment to a primary receiver who may keep part of the payment and pay other, secondary receivers with the remainder of the funds. For example, an application might be an online travel agency that handles bookings for airfare, hotel reservations, and car rentals. The sender sees only the travel site as the primary receiver. But that site could allocate the payment for its commission and the actual cost of services provided by other merchants. PayPal would deduct the money from the sender’s account and deposit it in both the primary travel site’s account and the secondary receivers’ accounts. It sounds complicated but in execution it’s much simpler and fairly innovative.

Adaptive Payments will also offer “Parallel Payments,” which would let a sender send a single payment to multiple receivers. An example of this type of application might be a shopping cart that lets a buyer pay for items from several merchants with one payment. The shopping cart would allocate the payment to the merchants who actually provided the items. PayPal would then deduct money from the sender’s account and deposits it in the receivers’ accounts. FundRazr, Lottay, TwitPay and Payvment, which helps set up e-commerce retail stores on Facebook, are both using this API to power their applications.

And PayPal’s APIs aren’t just getting attention from startups; some of the biggest players in technology are investing resources in the API. Microsoft cloud computing platform Azure are utilizing Adaptive Payments to let developers who are building applications using PayPal seamless integrate their applications with Azure’s platform. Microsoft is working with PayPal to help developers easily embed billing and payment functionality into applications built off Azure and will offer interoperability between Azure and Adaptive Payments.

At the Web 2.0 summit yesterday, PayPal president Scott Thompson, said that the company is working with consumer tech companies, mobile device manufacturers, and software companies to incorporate the new APIs in applications. Thompson also emphasized that PayPal has international ambitions, with hopes that the API will be used across the world in various currencies (currently PayPal transactions can be conducted in 19 currencies). The ambition, which is articulated well in this futuristic video, is for consumers to be able to make a payment from any device, whether that be a TV, mobile device, or computer (it’s sort of similar to Microsoft chief software architect Ray Ozzie’s three screens strategy). Thompson added that a dozens of additional APIs will be released in the coming year, creating an unprecedented open platform for online payments development.

So where does PayPal’s primary competitor Amazon, fit into the mix? Amazon’s fledgling Flexible Payments API is similar in theory to PayPal’s Adaptive Payments API and offers some of the same functionality. But PayPal’s platform is being marketed very aggressively to both developers and the greater tech community, with the company even throwing a conference around the public release of the API. PayPal appears to be evangelizing its API everywhere, publicly campaigning that the payments platform will change how consumers will pay in the future.

There’s been some rumors about eBay possibly spinning off PayPal, thanks to PayPal’s continued strength in the marketplace. Donahoe “regularly asks himself whether eBay is hampering PayPal’s development,” Bloomberg reports, via the NY Post. “When I feel the business will be better off separately, we’ll do what we did with Skype,” he said.