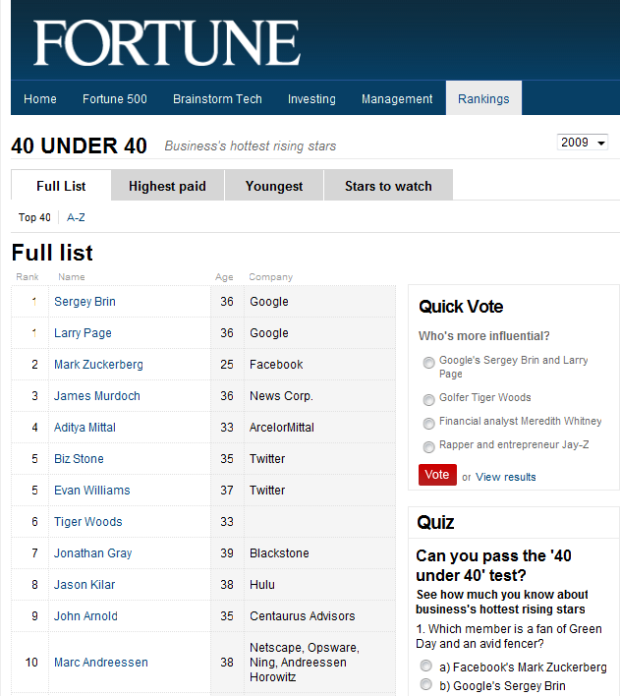 Fortune magazine has published its list of 40 of business’s ‘hottest rising stars’ under the age of 40. The full list is pretty diverse, but one thing sticks out like a sore thumb: Internet stars are leading the pack more than ever.

In the top 10, no less than seven are managers of some of the hottest Internet companies, if you discount the fact that some people share a ranking. And if you do take that into account, 8 out of the first 15 people on the list are Internet entrepreneurs.

Finally, there’s Rio Caraeff, President & CEO of Vevo. The last one is a bit surprising since the service hasn’t even seen the light of day yet, but he did use to head Universal’s digital business before joining Vevo.

Who will be next year’s hottest rising business stars? And who’s missing on this list?