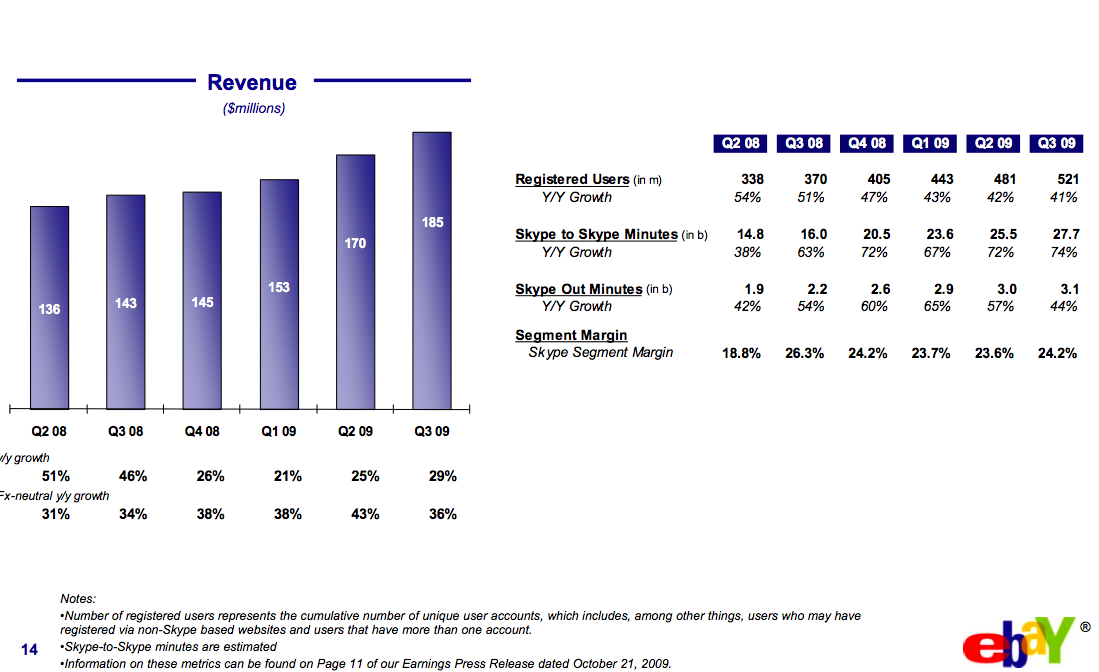 Even though it is embroiled in a nasty legal battle with its founders over its future, Skype continues to rack up impressive numbers. In today’s third quarter earnings from eBay (which still owns Skype, but is preparing to unload it), the company breaks out Skype’s performance (see slide above).

All of those SkypeOut calls translated to a healthy $185 million in revenues, up 29 percent from a year ago. If it keeps up at this pace, it should easily be able to exceed its $1 billion annual revenue goal by 2011.

Skype was one of the few bright spots in eBay’s earnings, along with Paypal, which brought in $688 million in revenues (up 15 percent). eBay’s bread-and-butter marketplaces business was down 1 percent to $1.365 billion.