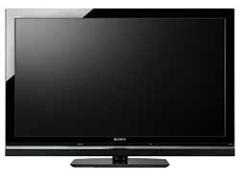 Sony isn’t typically known for aggressive pricing, but the company will apparently be rolling out a value-priced line of 32- and 40-inch LCD TVs early next year.

“The B series, including 32- and 40-inch models, will be priced lower than its current S series entry-level models in order to help the vendor regain its position in the global LCD TV market, the sources noted, adding that the price of a 32-inch B series Sony LCD TV is estimated at about NT$15,000 (US$462.96) or even lower.”

That “or even lower” part is important to note. I’d venture a guess that U.S. pricing would start at far lower than $462.96 seeing as though, for instance, Best Buy currently sells a 32-inch Sony LCD TV for $500 while off-brands of 32-inch LCD TVs are hovering around $350 or less. I’d think that $400 would be more realistic, assuming that Sony’s serious about competing in the lower end.

Of course, that number could fall even lower by early next year depending upon demand and panel prices. Whatever the case, it looks like Sony needs to move some TVs as the company “has trimmed its 2009 LCD TV shipment goal three times so far,” according to DigiTimes.