Today Ning, the platform that lets users build their own social networks, is launching a new feature called Ning Virtual Gifts, bringing a built-in virtual goods store to the site’s 1.6 million networks. Virtual gifts have become increasingly popular over the last few years, largely thanks to their popularity on Facebook, and I’m sure plenty of Ning’s Network Creators are eager to cash in on the trend.

Ning is letting Network Creators choose from a library of pre-made virtual gifts, but they’re also free to create their own. This means that the site’s Brooklyn Art Project network can offer gifts that are miniature versions of handdrawn artwork. It also means that the New Kids On The Block network can sell gifts of… the bandmembers’ faces (I do realize that I’m not the target demographic with those, and Britney Spears has seen quite a bit of success selling her face as a gift on Facebook).

Ning will be taking a hefty chunk of the revenue from each gift: after PayPal’s processing fees, half will go to Ning, and the other half will go to the network creator who sold the gift. To help spur interest in the new feature, Ning is giving everyone on a Ning network 100 credits, which is enough to buy one gift (each gift normally costs 75 credits which translates to $1.50). 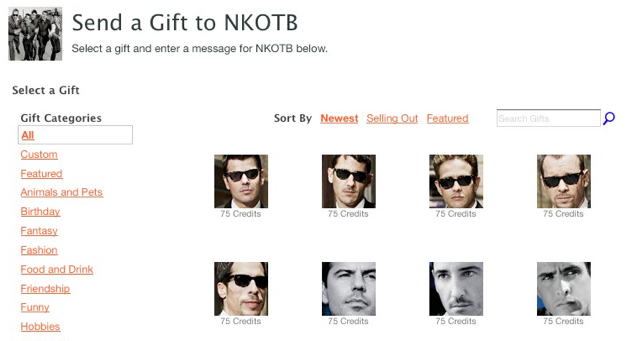 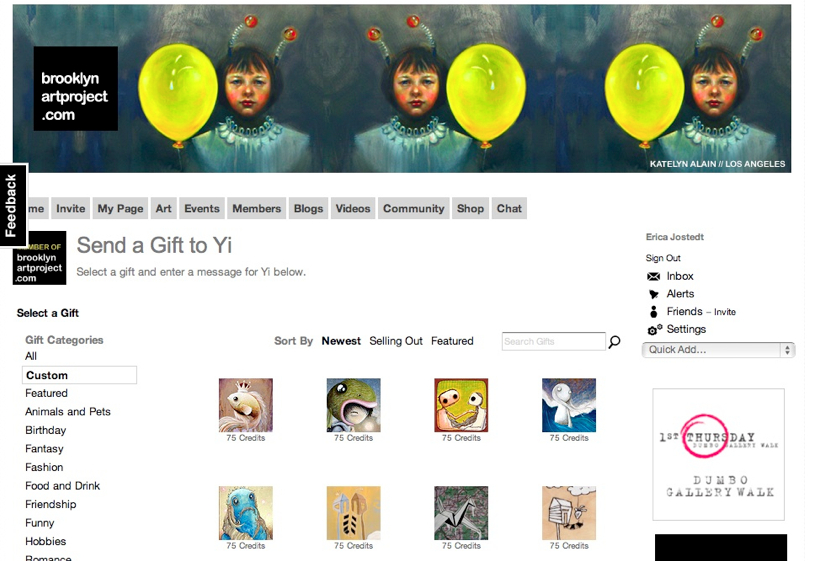