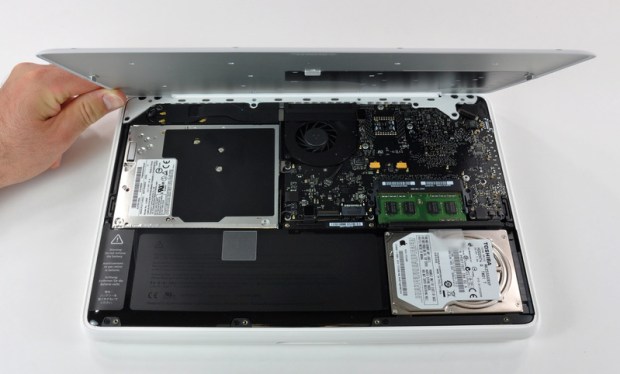 Imagine if it were your job to race to the Apple store whenever anything came out, and then as soon as you step outside, to just hurl it against the wall and take pictures of the fragments. Well, that’s pretty much iFixit in a nutshell. Sure, they use screwdrivers and stuff, and take it apart all neat-like, and have nice cuticles, but basically they’re exploding the latest and greatest device for your entertainment.

Hey, it’s not like I have a problem with it. And their teardowns do reveal interesting things occasionally. In this case, with the new unibody MacBooks, they’ve determined the wattage of the battery, the replaceability of the hard drive, and a number of other things. Check out the full teardown hereabouts. It’s still in progress, so check back again later. I’m guessing they’ll be looking at a new iMac as well.