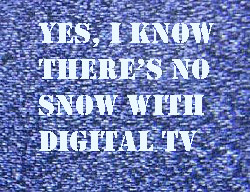 This California TV regulation thing isn’t going to happen without a fight, no sir. Even though a bunch of LCD makers have said that they wouldn’t have too much of a problem complying with whatever the California commission comes up with, the LCD TV Association has just applied the brakes, saying that any such regulation will ultimately result in “TVs that have fewer features.”

Of course, I don’t live in California—doesn’t the state have bigger things to worry about?—but such regulation could spread across the country. Plus, then TV makers would have to produce California models of their TVs. Again, not my concern, I just don’t want y’all to thing I’m pro-one thing or anti-another.

The argument is the same as we’ve noted: a few TV makers (most notably Vizio) say they’d be able to comply with any new environmental regulations; other companies have balked at the idea, saying that being forced to change their TVs by the BIG BAD GOVERNMENT it will raise prices, and then consumers will have to bear the brunt of these costs.

This latest development shows that maybe these new regulations are being railroaded through without any real debate. A Panasonic exec claimed that the California commission, at a hearing last week, selected people to testify based on their pre-existing support of any regulation, and not a totally random person, as was required. (Because that’s what you want, to drag people who have no idea what’s going on, bombard them with information, then ask them to come to some sort of conclusion. It’s ludicrous, but whatever.)

In any event, I look forward to more developments. Maybe we should ban TV while we’re at it; what good has it done for us lately?